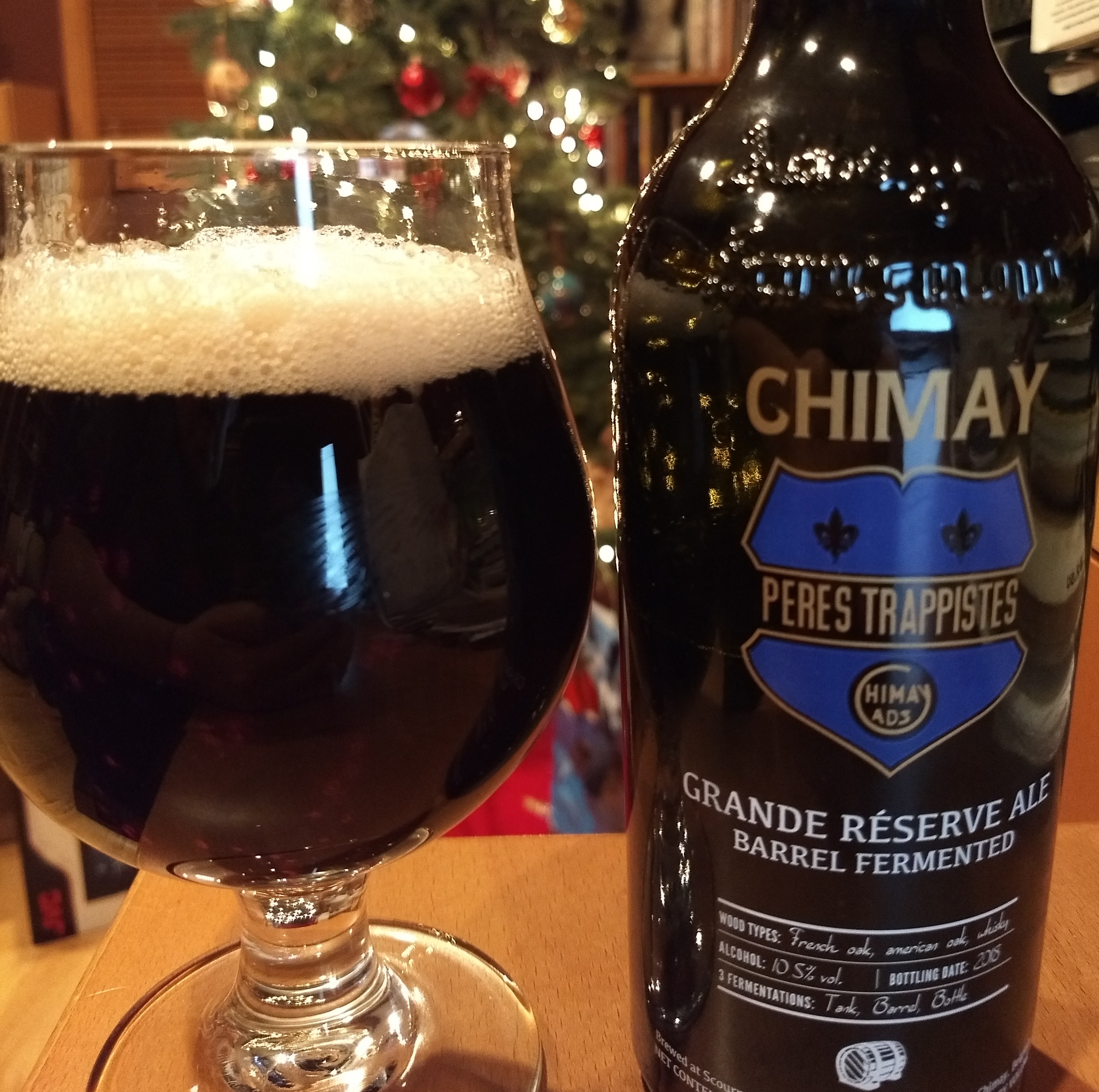 In this post I am sharing my impressions of Chimay’s Grande Réserve Ale, Barrel Fermented (2018 Whisky Edition).

To make Grande Réserve Ale, Barrel Fermented (2018 Whisky Edition), Chimay’s brewers took the regular Grande Réserve Ale and put it through a secondary fermentation in a combination of  French oak, American oak, and used whisky barrels. (According to the Chimay website, the ratio was 34% French, 41% American, and 25% whisky.) The unpasteurized and unfiltered beer was then blended, and naturally carbonated in the bottle.  Thus, Chimay says that it is “triple fermented”: in tank, barrel, and bottle.

The result is a limpid, not opaque, dark brown beer with a light to moderate head, and which clocks in at 10.5% abv.

Upon tasting my first impression was of liquorice, and I was thinking rum-soaked raisins, but that’s probably the whiskey.  I definitely got dark raisins, but also prune, black cherry, some vanilla in the background, and a little note of barrel char character at the back end.

As it warms, the flavours round out, specially the liquorice, and the alcohol makes its presence known.

Even though the head was thin and didn’t hang around long, the beer was quite effervescent in the mouth. In body it was malty and pretty smooth, overall, with a dry finish.

I liked it. I did, quite a lot. It is a solid beer, but, honestly, I was not wowed.  I think this is a beer that promised more than it delivered.

That said, it may be worthwhile to pick up another bottle and to hold on to it for a bit to see what the beer will do with another five or six months.