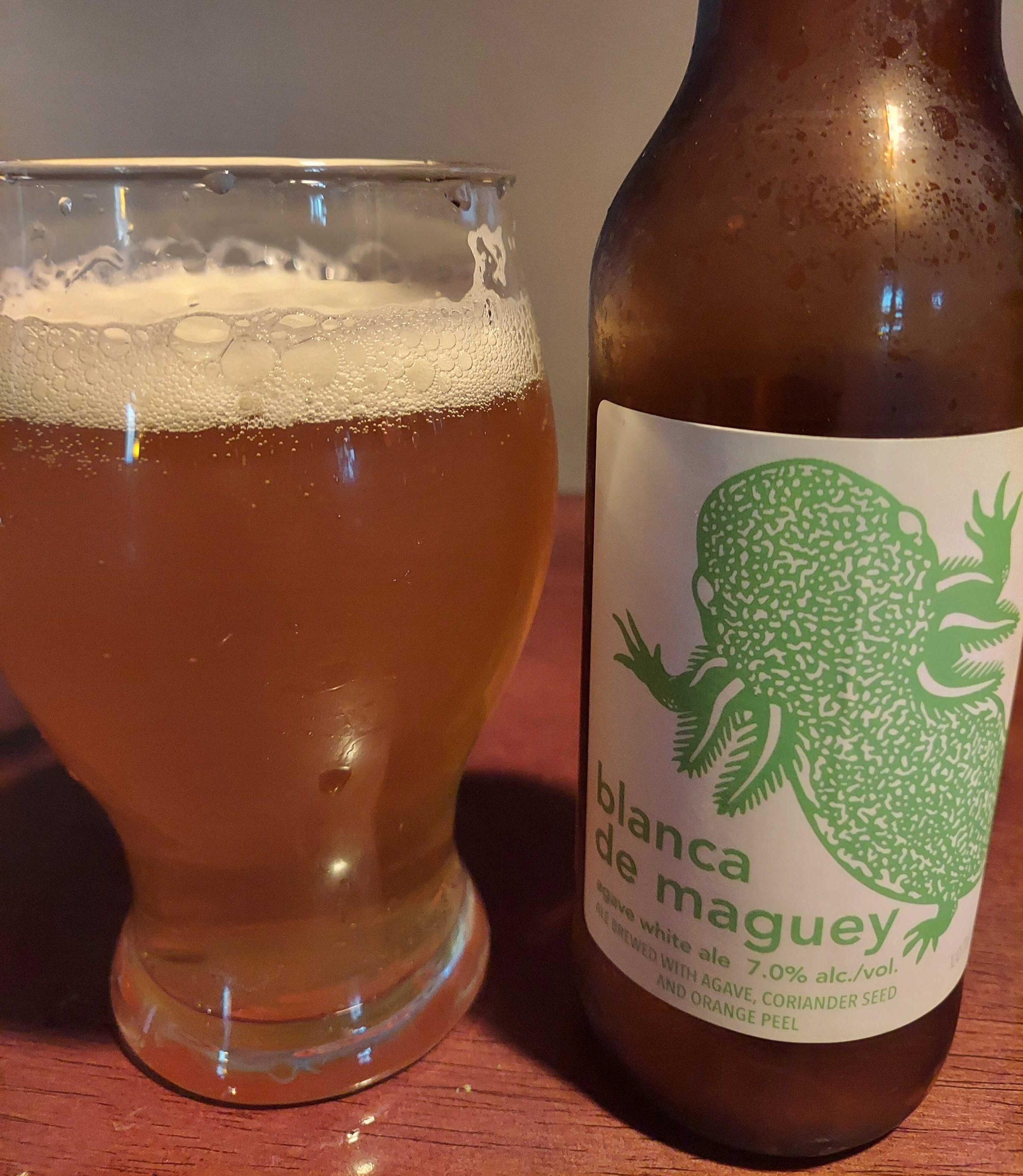 Blanca de Maguey is described as a “white ale brewed with agave, coriander seed, and orange peel”. It is brewed by Cerveceria Monstruo de Agua, in Mexico City, and clocks in at 7% abv.

Those who read “agave” and immediately think of agave syrup or tequila, might be surprised to find those flavor notes absent from the beer. At least I didn’t find them. Instead, Blanca de Maguey has a pleasant aroma of citrusy hops, coriander, and very light bubblegum.

In the mouth, there are flavor notes of very light bubblegum, coriander seed, and orange peel. Actually, I found that it was more like the way orange blossoms smell, rather than the way that actual orange peel tastes. It is a mildly bitter beer, with light hop flavor.

I found it an effervescent, crisp, refreshing beer. It finishes very clean, and is not particularly dry nor sweet, but a nice in-between, with a fizziness that lingers on the palate