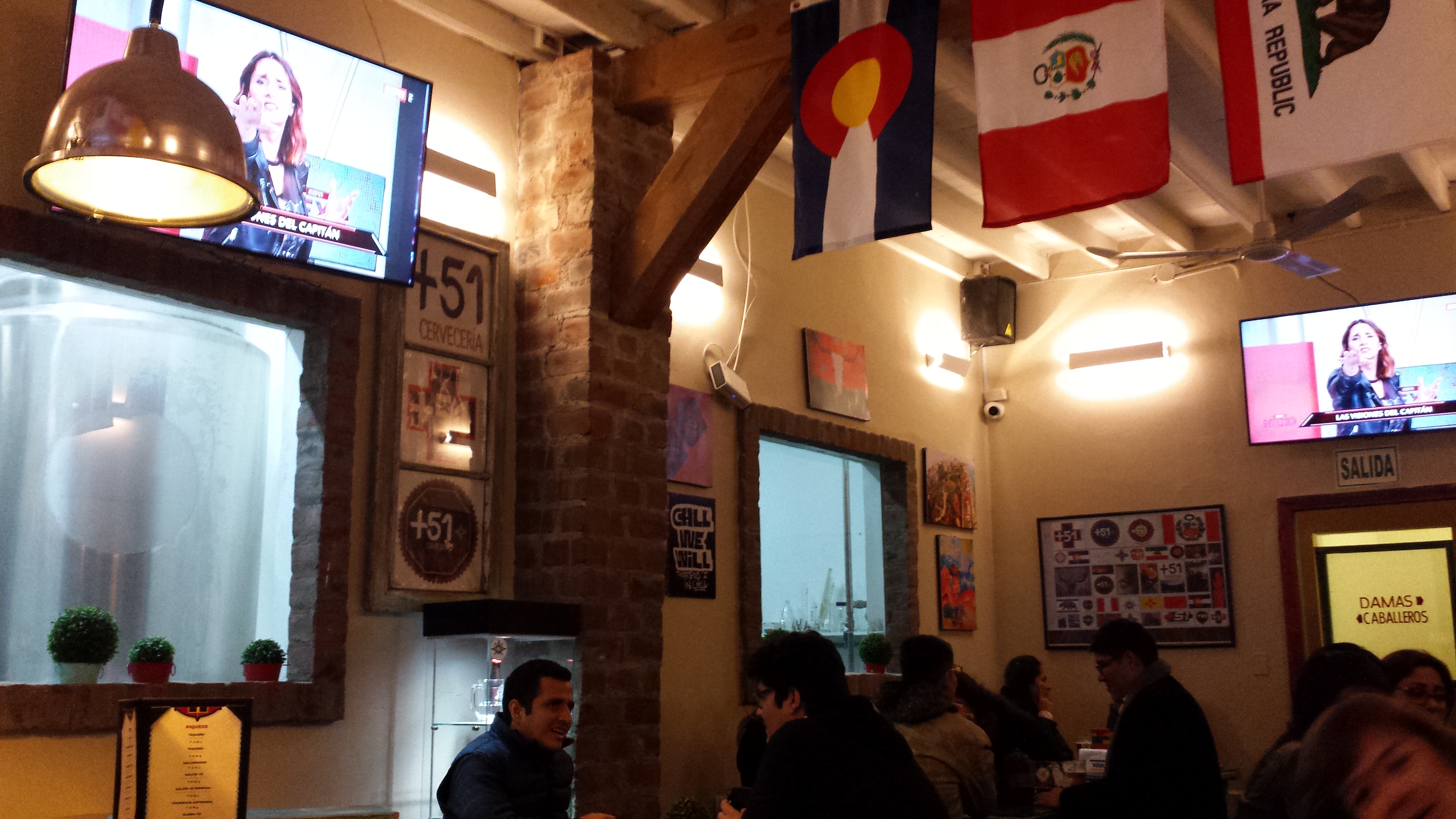 A few days ago my wife, my cousins, and I headed over to Cervecería +51 in Lima’s Jesús María district.

Cervecería +51 is a small brewpub on a side street not far from Jesús María’s plaza and central market.  It occupies the space vacated by Jaya Brew and there are still a few relics from Jaya in the form of posters, wifi  network  ID, etc.

The space is nicely appointed with tables made from recycled doors, and there are several sets of Jenga™-style blocks for patrons to play with.  The staff is great. Super friendly, helpful, and dedicated to making sure that one has a good experience as a patron.

Currently, +51 (whose name, incidentally –like part of the name of this blog– is derived from the Peru country code) has a line-up of a dozen beers, including a trio of Irish-style beers (lager, red ale, coffee stout).   Not all of them were on tap when we visited, but the missing brews were made up for by guest taps from other Lima craft brewers. 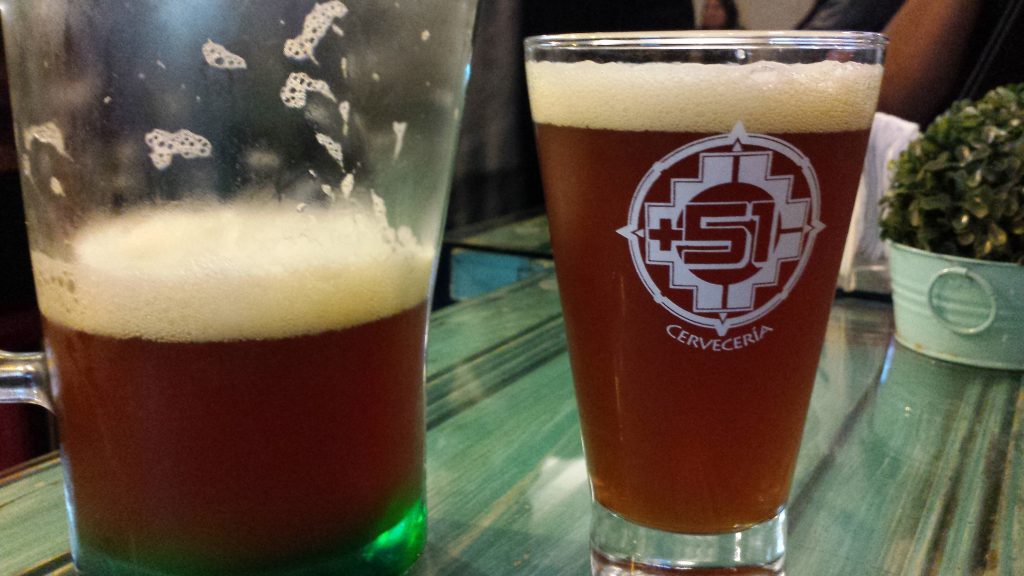 +51 is brand new, having opened its doors only in mid-June, and it is evident that, like many new breweries, they’ve not yet gotten their brewhouse efficiency zeroed in. The result is that some of the beers, while overall good in flavour, do lack a bit in body and mouthfeel. (And, of course, there’s the issue of taking a 6% abv, 33 IBU beer and calling it an imperial stout.)

The Belgian Pale and the IPA were the best of the bunch.  Both of those brews show that +51 has what it takes to produce good beers. There was sufficient “Belgiany” flavour in the first, and a decent hoppiness and good body, with a nice long-lasting head of foam, in the latter. In fact, having tasted the IPA, we ordered a full pitcher of it. And then, a second one!

Time constraints will likely keep me from revisiting +51 during the remaining days of the this trip, but I look forward to getting back there when I next return to Lima.