The Session, a.k.a. Beer Blogging Friday, was an opportunity once a month for beer bloggers from around the world to get together and write from their own unique perspective on a single topic. It ran for 142 months between March 2007 and December 2018. (I took part on a few occasions, but only two posts have been preserved after I migrated to this blog.)

A little while ago Alistair Reece, of Fuggled, suggested it be revived, even if for a one-off.

I came across the announcement only recently. Having missed not only the May 1st deadline, but even the first Friday in June, I’ve just waited until the nearest Friday to write this.

In these unprecedented times, what has become your new drinking normal? Are you drinking more? Less? Have you raided the cellar regularly? Is there a particular brewery whose beer is keeping you company while you are confined to barracks? Has there been a beer revelation in these times? Basically, tell us where you are at.

So, how has my drinking been changed by the lockdown?

In the early days -late March, early April- I was drinking more cocktails: martinis, capitanes, margaritas. All at home, of course.

I ended up holding on to a a full corny keg of a golden ale that I had intended to pour at a beer festival that was cancelled. I tend to brew for events so I don’t always have my own beer on hand in such quantity, and so I found myself drinking my own homebrew more often than commercial beer.

Later, after the authorities allowed breweries to reopen for curbside sales, I started picking up packs of beer from my locals – Del Cielo Brewing and Five Suns Brewing– which has also changed my drinking habit. In normal times I rarely bought packs, instead picking singles or at most two of any one beer, so this has meant that I find myself drinking a smaller variety of beers than previously.

Am I drinking more or less than when I could go out? I dunno. It seems to me that it has been about even.

Now, that’s changing, however. I’m making use of the lockdown by taking a beer evaluation class toward hopefully becoming a BJCP judge. So, not only am I drinking during our semi-monthly classes, but there is all that “homework”!

In Beer Books, The Session

For today’s Session, Joan Villar-i-Martí -of Blog Birraire– has asked us to reflect on the role of beer books in our lives.

Probably like many homebrewers of a couple of decades ago, I got my introduction to homebrewing not via a club or another brewer, but through a book.

Back in those days -late 1992-, being in Santa Cruz, California -home to a vibrant alternative and DIY culture- it occurred to me that it might be feasible for me to make beer at home. Other people had done it, and had been doing it for ages –I had never met anyone who had, but I knew such people existed– so, just maybe, I could try my hand at it as well…?

The problem, of course, was how to gain the knowledge of how to do it.

In those pre-WWW days, when most mail-order was just that, mail order, from printed catalogs, finding sources was not as intuitive or simple as today.   So, I turned to the University of California’s computerized library catalog system to see if there even were any books on the subject.  Among the results returned was one with a friendly-looking title: The New Complete Joy of Homebrewing.

I placed my interlibrary loan request and waited the several weeks it took for the book to arrive, and when it did, boy was I in for a treat! It was exactly what I needed –clear, simple, instructions; explanations and descriptions; photos; recipes; and best of all, the injunction to “relax, don’t worry”.

Faced with having to return the treasure within the week, I photocopied as much of it as I could afford at the moment (I’ve since made up for that by buying a brand-new copy!)

For the next year I tore through those pages, reading and re-reading them. Pondering recipes with names like “Toad Spit Stout” and “Elbro Nerkte”, and trying to imagine the flavor all those beer styles I’d never heard of, and for which there as yet were no local sources that I knew of.

When I finally started brewing in October of 1993, my well-thumbed photocopy of the Joy was right there beside me, telling me what to do next, and specially, to relax and not worry.

In Peru Beer, The Session 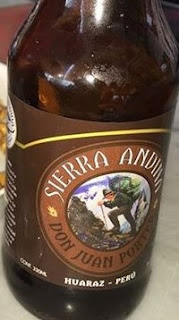 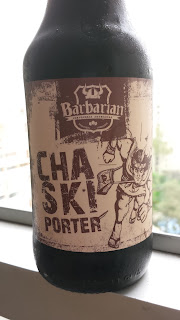 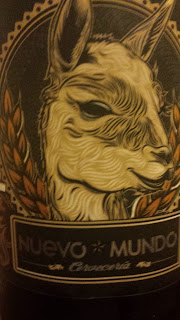