Skip to content
When I toured Anchor‘s brewery in mid-November, head brewer Mark Carpenter offered us guests samples of a still-experimental IPA that the brewery was considering as an addition to its line-up of beers.  Well, those experiments have borne fruit and this month Anchor released its newest beer: Go West! IPA. 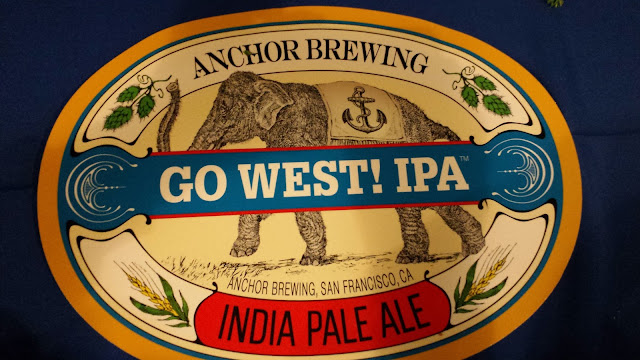 To mark the release of Go West! Anchor is holding a series of public release events at different venues throughout SF Beer Week. However, I was able to attend a special invitation-only launch party at the brewery itself on Thursday evening. 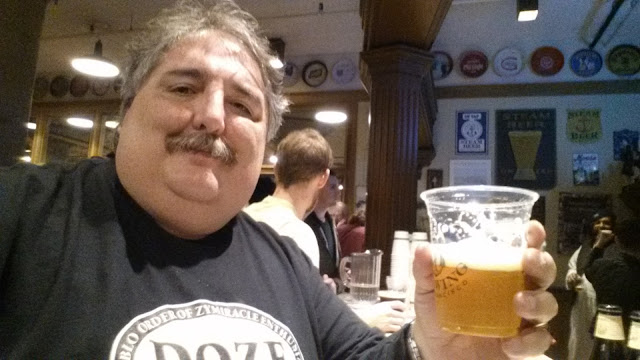 There I joined other guests in tasting Go West! as well as many of Anchor’s other beers, all flowing freely from the tap room and from draught stations set up throughout the brewhouse, along with hors d’oeuvres including cured meat and cheese pairings, beer ice cream, beer floats, and more. (I highly recommend making your float with Anchor Barrel Ale, by the way.) 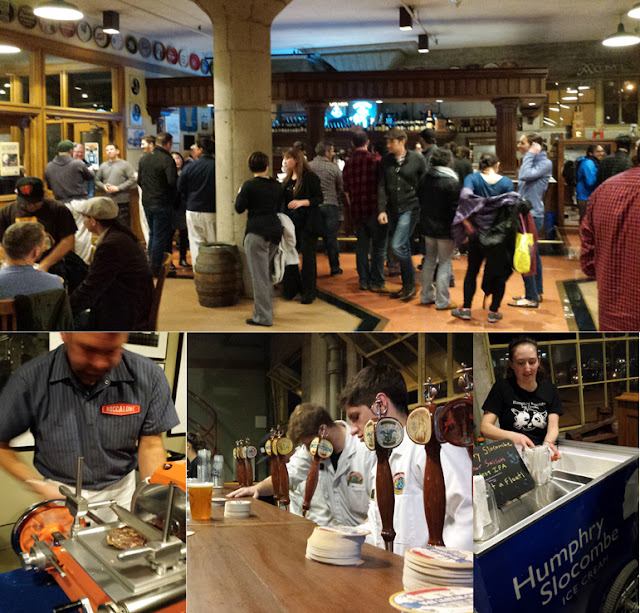 Ok. So, on to the beer itself…

“Made with 2-row pale barley malt and dry-hopped with a unique blend of American hops. Its mouthwateringly complex aromas of citrus, pine, and the tropics; spiky bitterness; gleaming golden color; and clean finish unite to create this singular 24-karat IPA.” 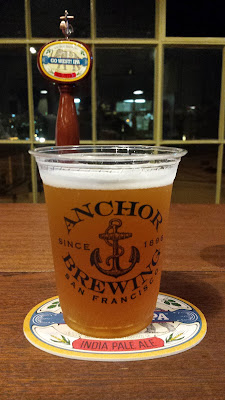 I found it to be very enjoyable, and somewhat unique for an American IPA, and particularly for a West Coast IPA.
Of couse, being an IPA, it is hop-forward in flavour, but bucking the trend out here, it is not a palate-numbing hop bomb, and it doesn’t include Cascade hops. Instead, fruit and citrus flavours do stand out, but the beer is well balanced, and finishes really clean.
The fact that Go West! IPA is so balanced and not overly hoppy is a testament to the skill of Anchor’s brewers, particularly since –I was told– it includes the addition of 3 types of hops in the kettle and 4 more during fermentation.  I can’t remember them all, but I do distinctly recall that Citra hops were one of the ones that went into dry-hopping.
Like I said, I really enjoyed Go West! IPA. I think that Anchor hit it out of the ball park with this beer!
As for the stats: Go West! clocks in at 6.7% ABV and 75 IBUs. I didn’t inquire about its SRM.