Two weeks ago, while trying to locate a craft brewery that I had an invitation to tour, I injured my knee and so, even once I had the correct address, I was forced to take a pass on the invitation.  Then, a few days later, I had to skip another brewery tour and guest list-only soft opening of their tap room.

Last Friday, I was finally well enough that I felt able to take on the tour, and so I got myself and Juancho on the guest list for it.   The young woman signing us in was somewhat incredulous that there were two of us with the same name and surname, until she saw our IDs!

The brewery was Nuevo Mundo, in Surquillo. 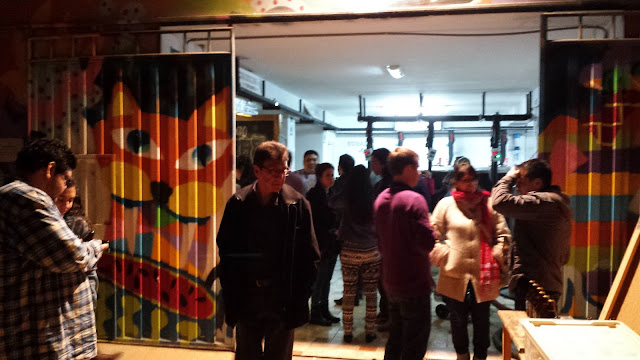 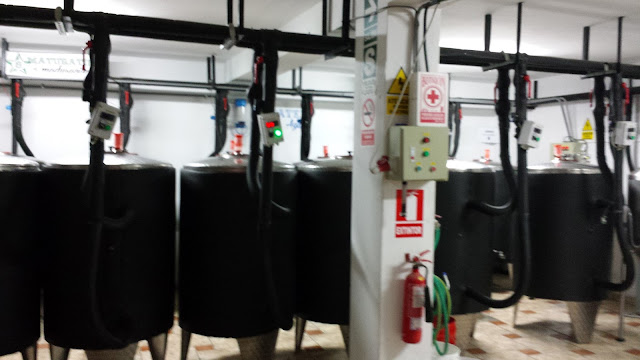 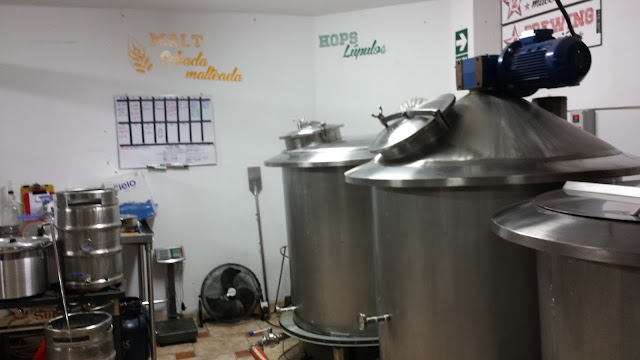 Their facilities are small, producing only 75 barrels a month, but they are expanding into a building that is being constructed next door, on the same property, that will allow them to install larger kettles and fermenters. 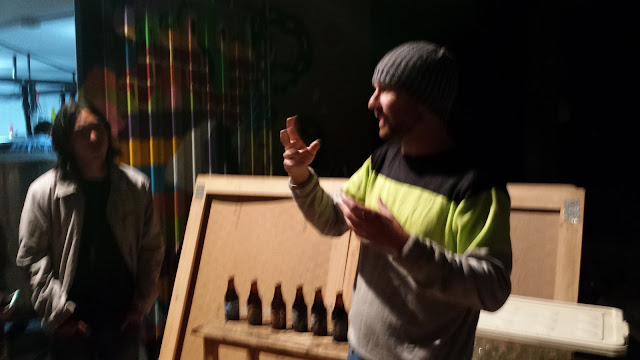 The brewery was started by a couple of Frenchmen, one of whom, Alain -originally from Alsace- gave us the tour and explained the brewing process, ingredients, and different beer styles.  No small feat, considering that most Peruvians have not had exposure to many styles of beer and brewing terminology. 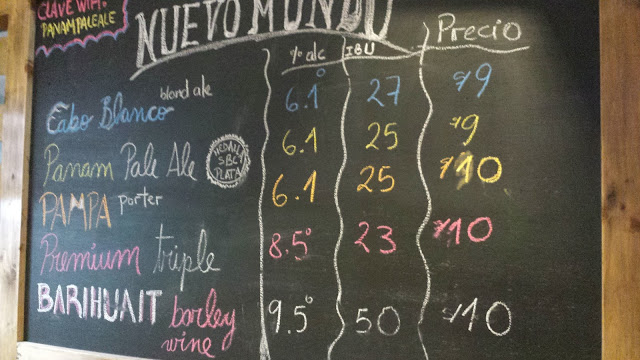 Unfortunately, it hasn’t been easy for small brewers to break into the beer market, although Cereveceria Barbarian, has done a lot to pave the way by getting its products into several major grocery store chains – Metro, Wong, and Plaza Vea.  Most access to craft beers is through a few restaurants and by directly ordering from the brewery. 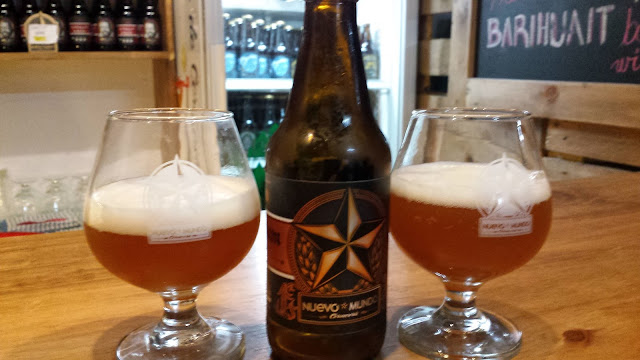 Nuevo Mundo does have a small bottle shop and bar at the brewery where one can buy bottles –or cases!– of brew, or put down a few draughts of their selection of British and Belgian-style ales.  However, they are hoping to expand their exposure and sales volume through their new Nuevo Mundo Draft Bar located in an upstairs space right across the street from the main park in Miraflores, on busy and touristy Avenida Larco. 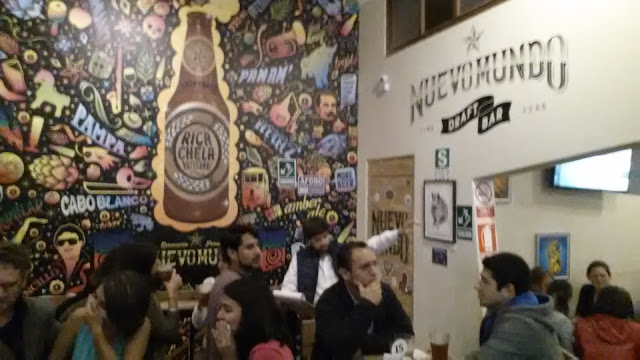 Miraflores city hall hasn’t come back with the final permit approvals, so Nuevo Mundo has been carrying out an extended soft-opening of the Draft Bar for invited guests.   As part of our tour event we had entry to that evening’s session, for which Nuevo Mundo had secured a number of guest beers –including a yummy sour ale with sauco from the Cerverceria del Valle Sagrado, in Cusco– and rolled out a brand new special offering of their own, an imperial India pale ale (about 8% ABV).  We also got the opportunity to compare the bottle and draft versions of their Barihuait barley wine (which I like a lot!). 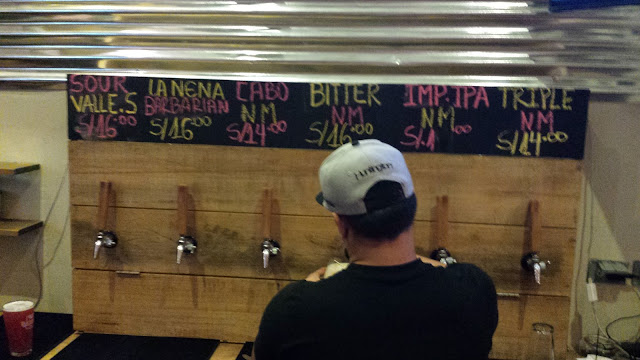 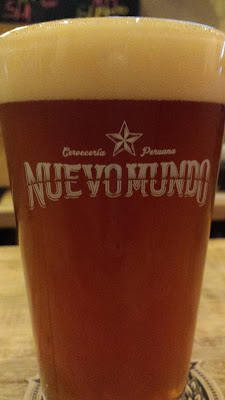 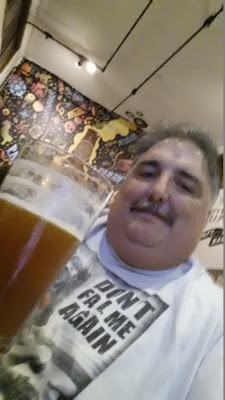 The space is nice and well-appointed, and the staff is quite nice.  I hope the bar does well for the brewery.

I think it will.