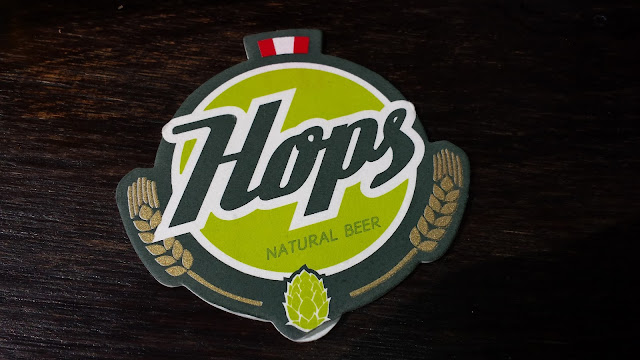 The first craft brewery I visited on this trip was actually Hops in Lima’s Pueblo Libre district, just down the street from the Queirolo tavern and kitty-corner across the plaza from the Archaeology and Anthropology Museum. 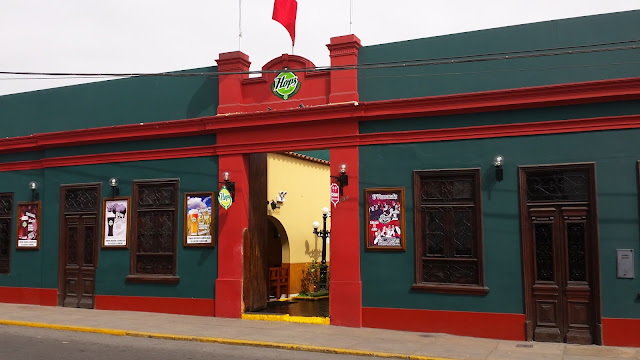 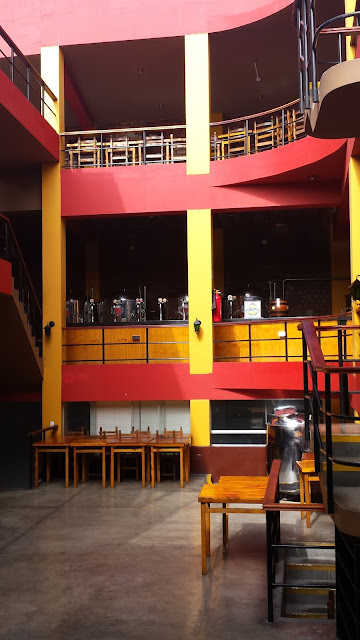 Hops does not seem to emphasize its beer production side very much, but rather seems to have put its focus on its role as a multi-story discotheque and event space, with a brew-on-premises pub and restaurant included.   For example, the fermentation tanks are visible to the public, but are located on a second story and in a part of the building that, while open, is not utilized during the day.
That is too bad, because one of the challenges that craft brewers have in Peru is overcoming Peruvians’ unfamiliarity with brewing and beer styles other than Pilsner-style lagers and dark lagers, and educating the public on them can only help the craft beer market grow.  And I think people would be interested, and that in itself would draw more customers.
In any case, Hops has a decent selection of house beers brewed right on the premises, and even claims to have Peru’s first and, so far, only beer made with  smoked malt.
Unfortunately, they were out of the Smoked beer and of both the Bock and the Stout, on the day I visited, but I did get to try some of the others.
The beers were nice.  Not as good as what we’d expect from a quality craft brewery here in the US, but definitely drinkable and enjoyable.  We must remember that the craft brewing scene in Peru is very new and ingredients –particularly hop varieties and specialty yeast strains– are hard to come by.  Given those constraints Hops deserves to be commended for being one of the pioneers of craft brewing in Lima, having been established nine years ago. 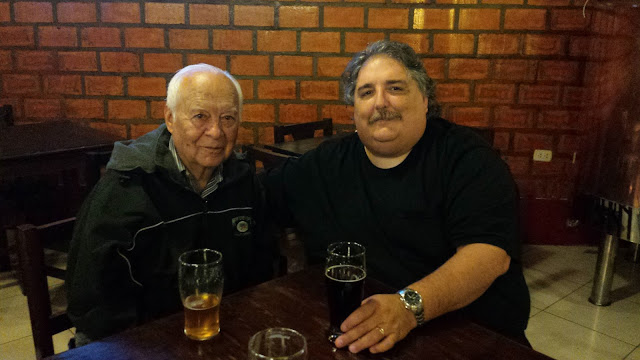 After enjoying the Pale in the afternoon, with lunch, I returned in the evening to sample more accompanied by my dad.
I liked all the beers I tried, but I particularly liked the Dunkel. It could easily have been a lager with some color added, but instead it had more body and a slight roasted character which I liked and, actually, was looking for (I had really wanted to try the stout).