At the beginning of the month I had the chance to travel to North Carolina and to visit several beer spots in the “Triangle” while there.  The first of these was the Carolina Brewery in downtown Chapel Hill. 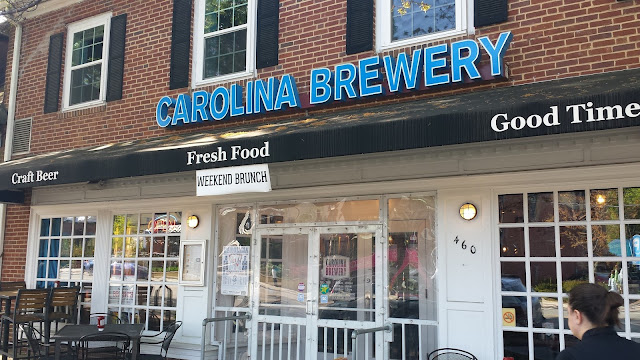 I had spotted the brewery on Franklin Street, Chape Hill’s main street, on my way out of town, and so headed straight there when I was done that afternoon. I had spent the morning touring an old plantation’s historic buildings, and the weather was warm and sunny.  Thus, I was in need of some lunch and a good beer while I waited to meet up with my daughter.

The Carolina Brewery has two locations, this one in Chapel Hill, and a second one in Pittsboro, NC. The Chapel Hill brewpub, which opened in 1995 and currently has about a seventy barrel capacity, is the original and remains the flagship, even though the Pittsboro facility is able to produce a bit more beer. 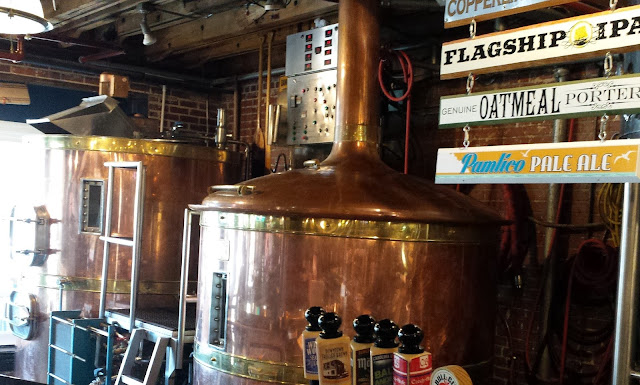 One nice aspect of the Chapel Hill brewpub is that the kettles and fermenters are right there, in front of the customers, just on the other side of the bar, and not separated by glass as in so many other places.  This means that one can drink a pint while admiring the beautiful Czech-made copper and brass kettles, and  listening to the CO2 bubbling from the fermenters’ blow-off tubes.

The beers are good, too. I particularly enjoyed the Baltic Anomaly porter (7.7% ABV), which is brewed with Saaz and Fuggle hops (33 IBU), and the Flagship IPA, made with Chinook and Cascade hops (5.9% ABV, 66 IBU). 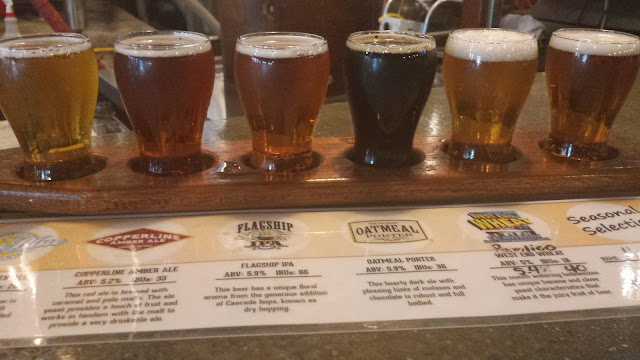 When I was there, I was able to taste their Triple S lager straight from the fermenter, as it was being filtered and transferred into the serving tanks in the basement for lagering until its release in May.  Of course it was flat, and a bit warm, but I could tell that it was going to be a danged tasty beer when it was done.