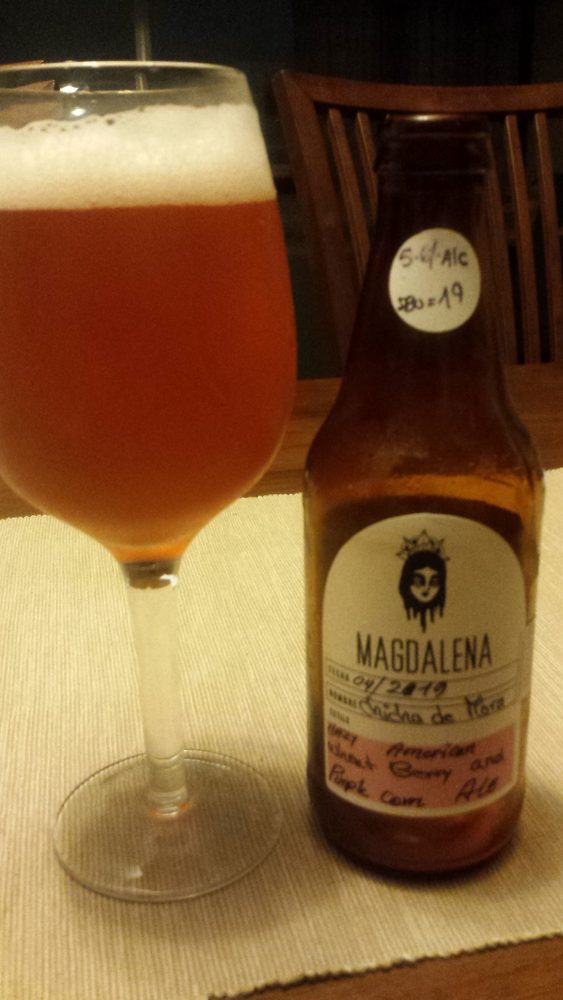 “Chicha de Mora”, from Lima’s Magdalena brewery, is described on the bottle as an “American Wheat Berry and Purple Corn Ale.” The name is a play on two traditional Peruvian corn brews – chicha de jora, which is fermented corn beer made from malted corn (jora), and chicha morada, which is made from boiled purple corn.

Despite the name and ingredients, the beer itself is not purple, but has a lovely orange amber color, with a slight blush of pink; no doubt contributed by the purple corn. It is slightly hazy, which is to be expected from a wheaten ale.

The beer presents a nice, initially rocky, head that soon subsides to a thin layer of small bubbles. There is plenty of lacing on the sides of the glass.

Mild hop aroma, smells “wheaty” but not like a heffeweizen – no banana, bubblegum, or citrus. Well, maybe a little citrus.

Midly effervescent, with moderate hop bitterness. Some pine notes, some grapefruit, both both very light.

In terms of mouthfeel, it is slightly tangy up front, giving way to a residual sweetness at the back end. Maybe an effect of the corn?