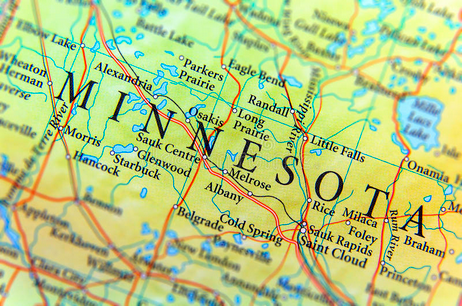 There could be big news for Minnesota’s almost 200 craft breweries next week.   The state legislature is due to vote on allowing craft brewers to sell four-packs and six-packs at their tap rooms and expanding the number of breweries allowed to dispense beer in growlers.

Currently, Minnesota brewers are prohibited from selling six-packs and four-packs of standard-sized cans out of their taprooms directly to customers looking to take beer home.  They are, instead, limited to selling filling growlers or large-format crowlers.

At the same time, Minnesota’s 5 largest craft breweries are banned from even being able to do that, thanks to a provision in the state’s liquor laws that limits the ability to dispense beer in growlers or crowlers to breweries producing less than 20,000 bbl per year.  That means that they are also the only 5 craft breweries in the US unable to sell beer to-go directly to customers.

Now, a pair of bills introduced in the Minnesota legislature seek to change that.   HF-1050, introduced by Rep. Zack Stephenson, would have largely removed the “growler threshold” by raising the cap to 150,000 bbl per year.  It has now been incorporated into a wider alcoholic beverages omnibus bill, HF-2767, which would also modify the statutes to allow for sale of six-packs and four-packs at brewery taprooms, expand the list of events at which beer may be sold, and include “malt liquor” and beverages brewed with malt alternatives in the category “beer”.

The state House chamber was due to vote on this today, May 11th, but went into recess until Monday, the 16th.

Should the bill pass the House, it must still pass the state Senate, where a similar motion is making is working its way through the legislative process.