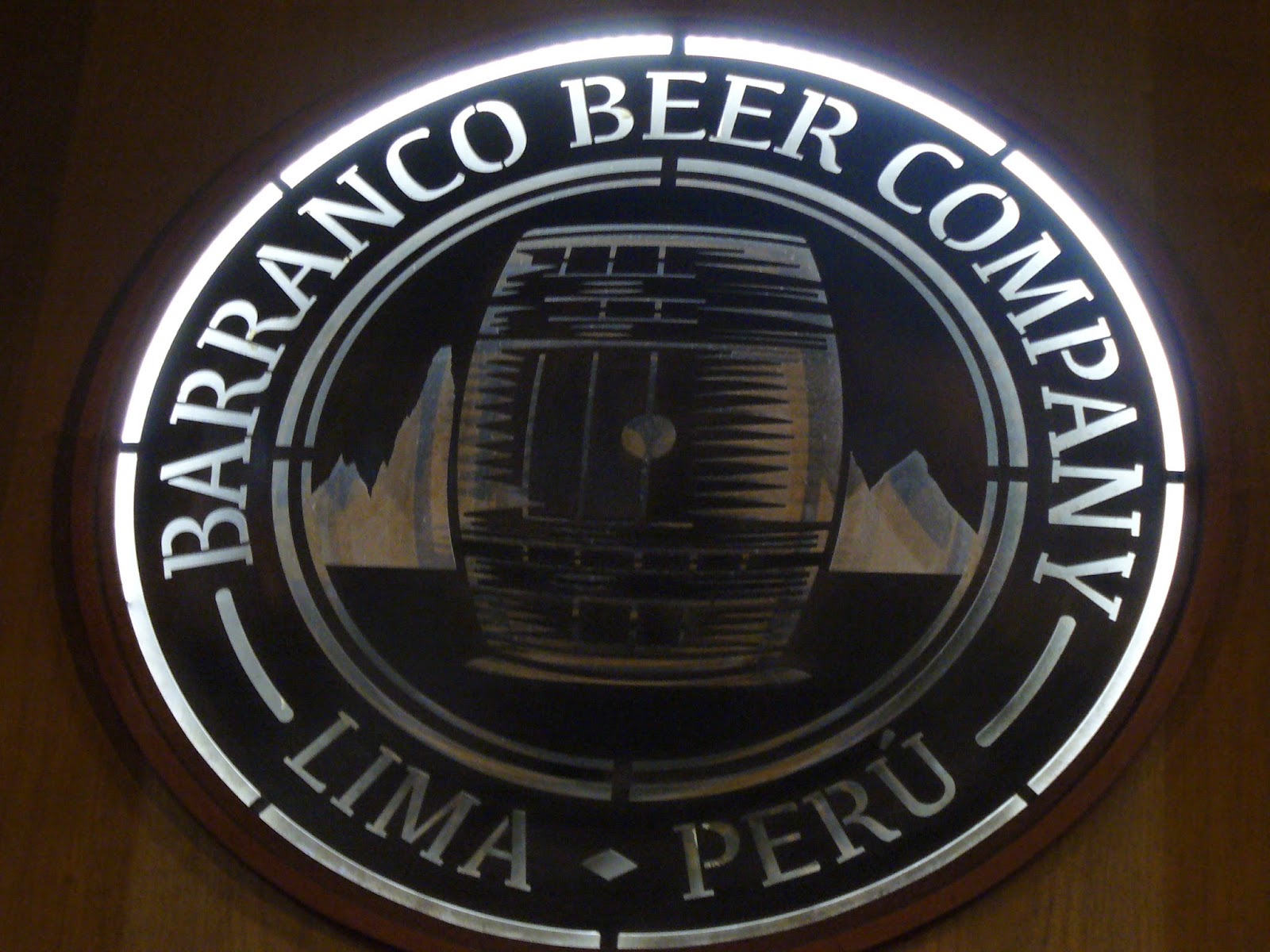 On a recent trip to Lima, I ventured on two occasions, accompanied by Liz and my cousins, to a spot that I had wanted checked out even before I arrived in Peru: the Barranco Beer Company. 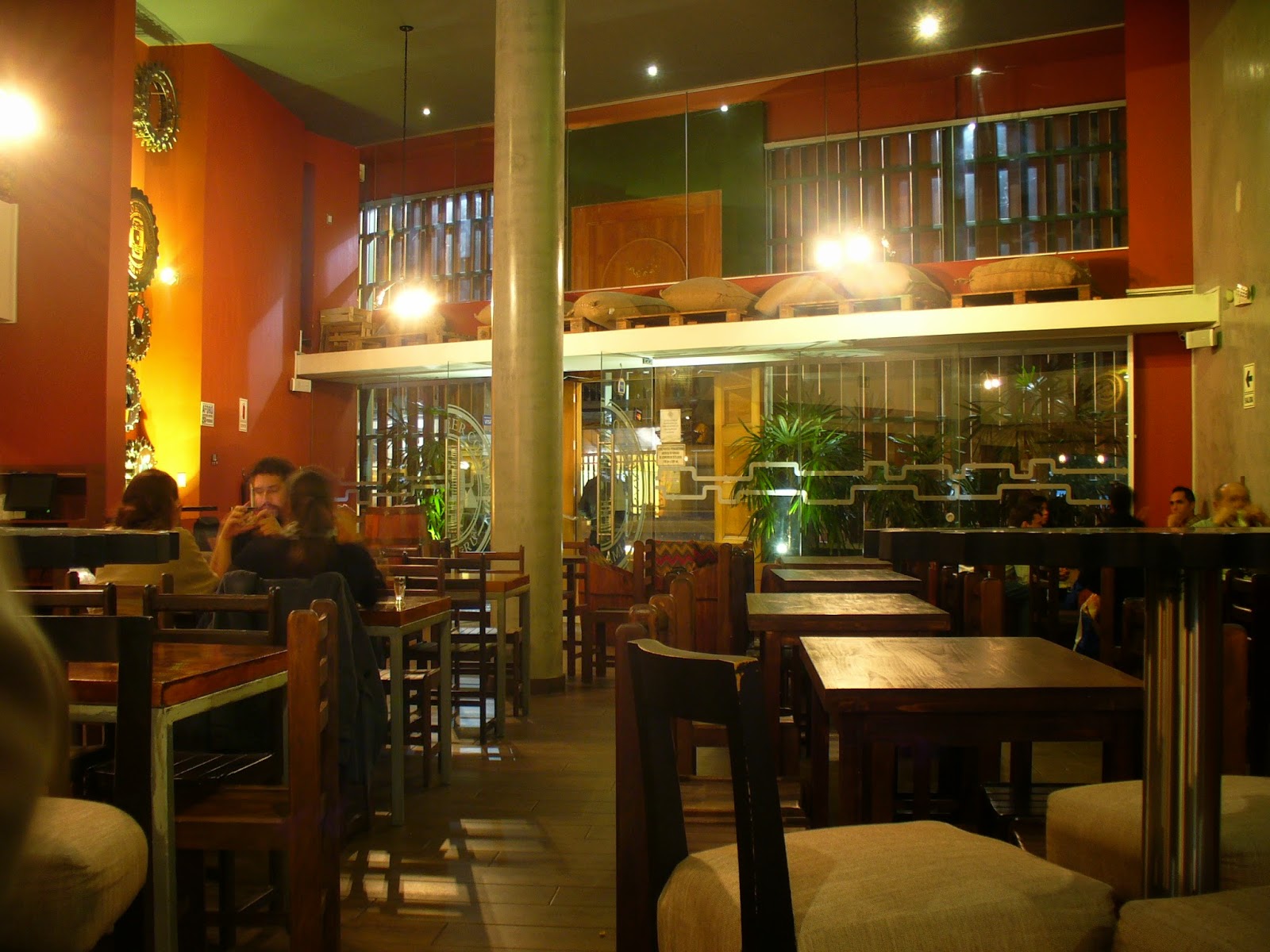 Located in downtown Barranco, a half a block from the plaza and the “boulevard” containing the bulk of dance clubs, the Barranco Beer Company was started by the members of a family “with a passion for beer”. 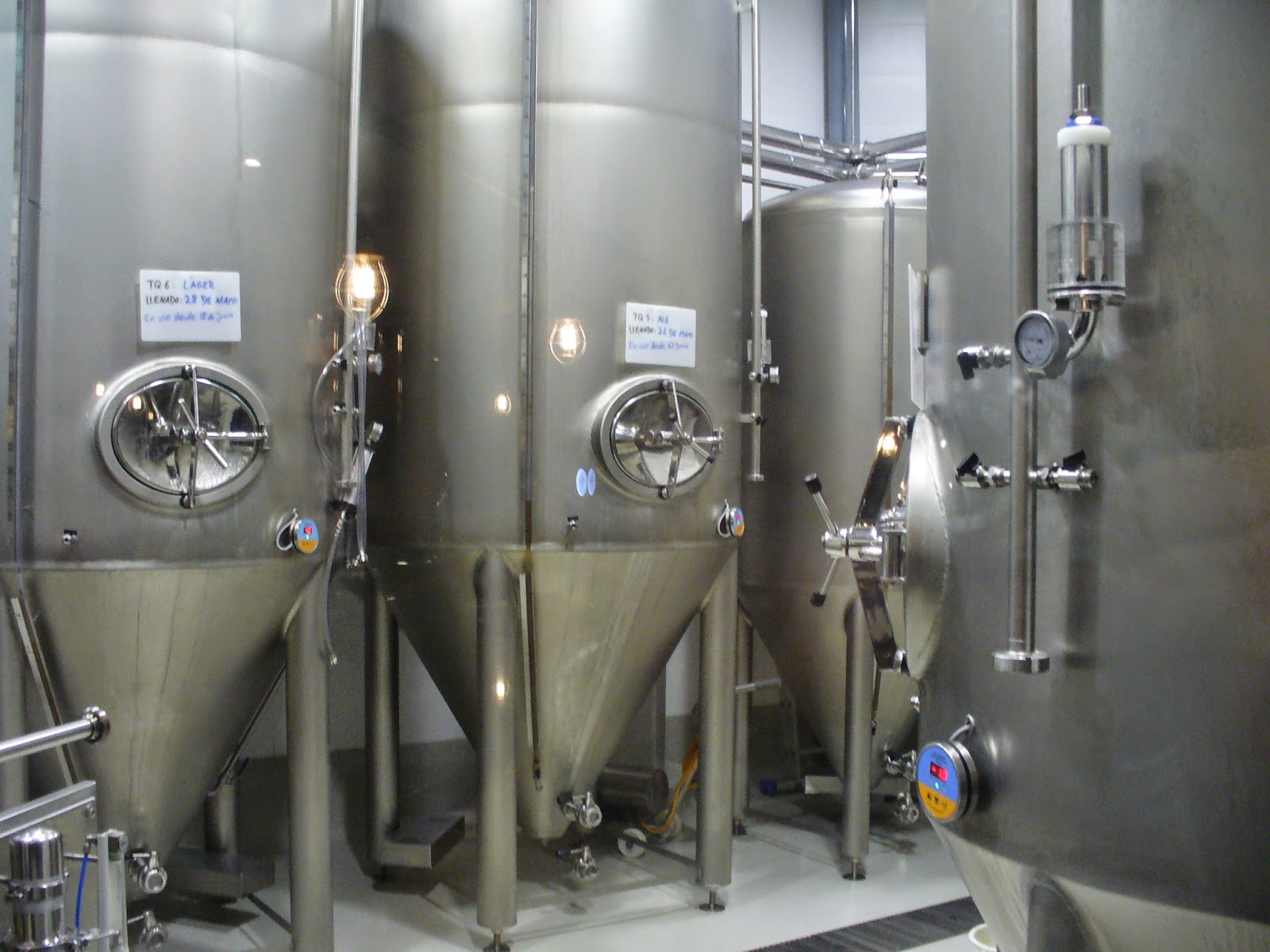 They raised the capital and put in a set of  stainless steel conical fermenters which are visible to visitors at the back of the establishment through  a plate glass divider.  They look to be mostly 60-bl tanks.   The brew kettles are visible behind the bar itself. 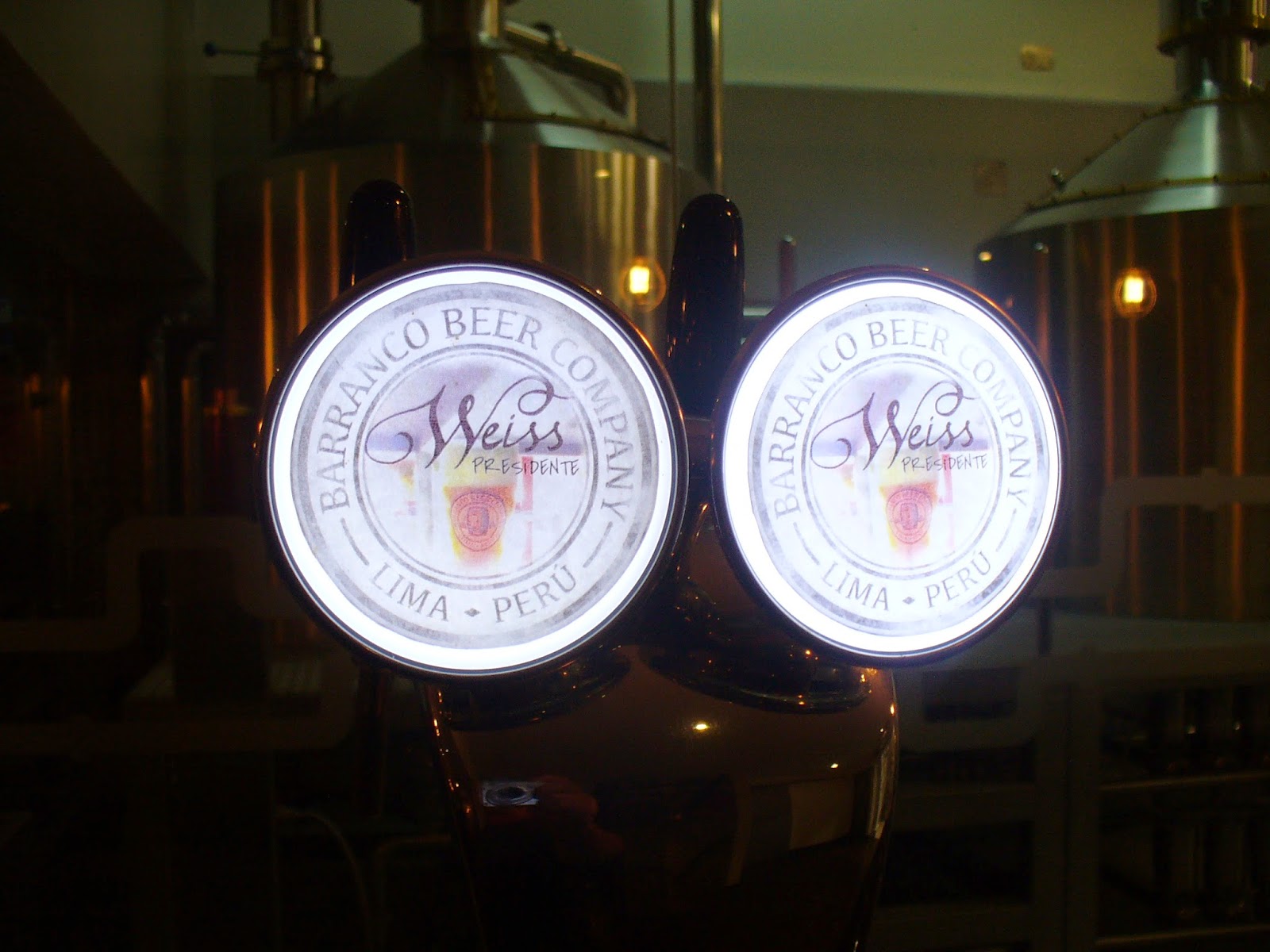 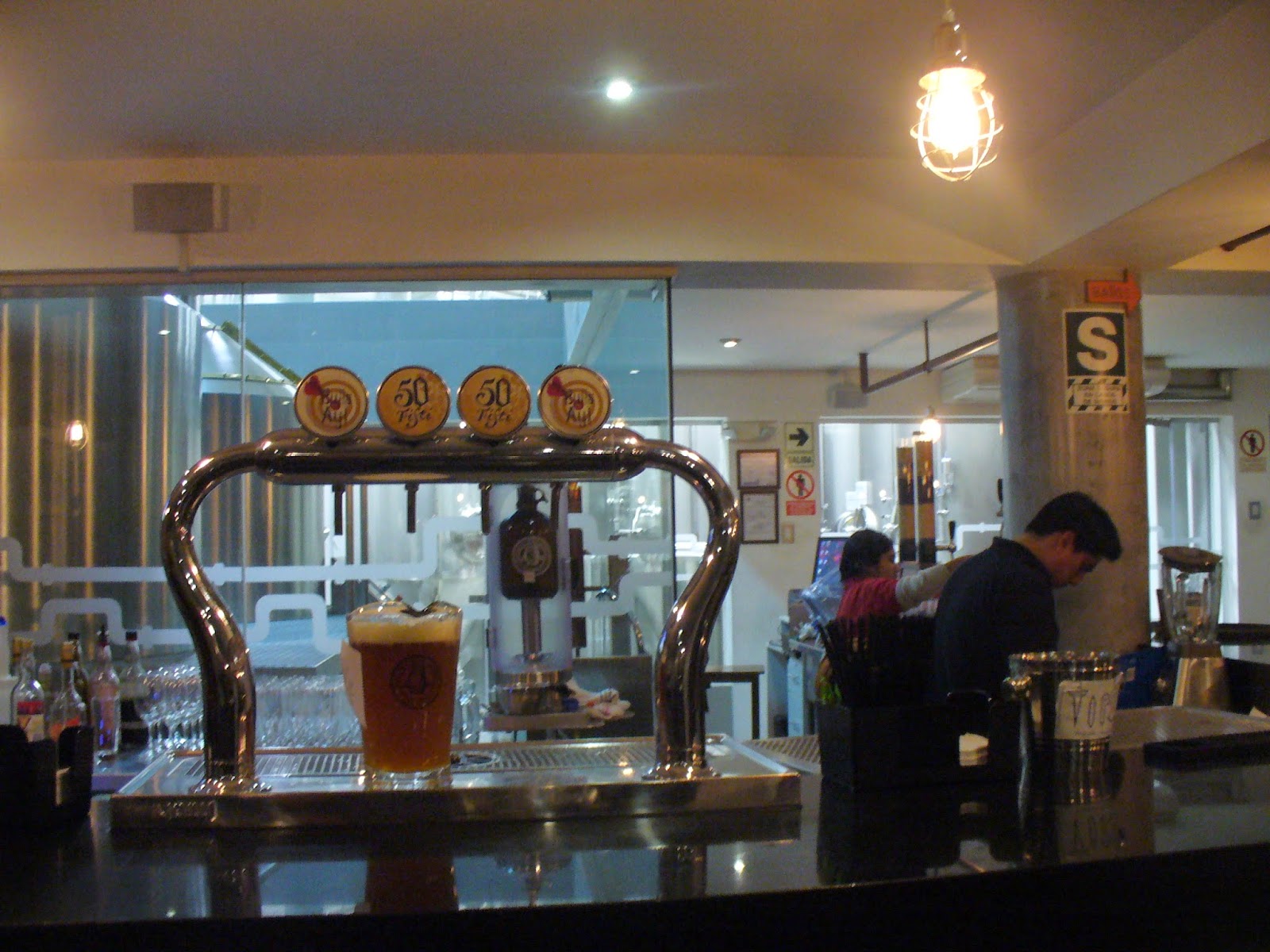 The Barranco Beer Company is, as far as I can tell, the second brew-on-premised beer pub in Lima – after the Cerverceria De Tomas (aka Mi Cebi-Chela) in San Borja.
Their bill does lack a heftier, toastier beer like a porter or stout, and they do do some odd stuff – like combining beer with soda- which, I guess, is somewhat traditional in Britain, where this cocktail is known as a “shandy”.   Personally, I think it unfortunate because their beer is actually quite good on its own merits, with the “Weiss Presidente” and the “Bulls Ay” being perhaps their best offerings. The Weiss has a nice body and plenty of the stone fruit and banana aromas that one expects in the style.
Even with the beer being relatively expensive compared to what a similar serving of the mass-produced beers cost, the place is a hit and did not lack for business either night that we were there.