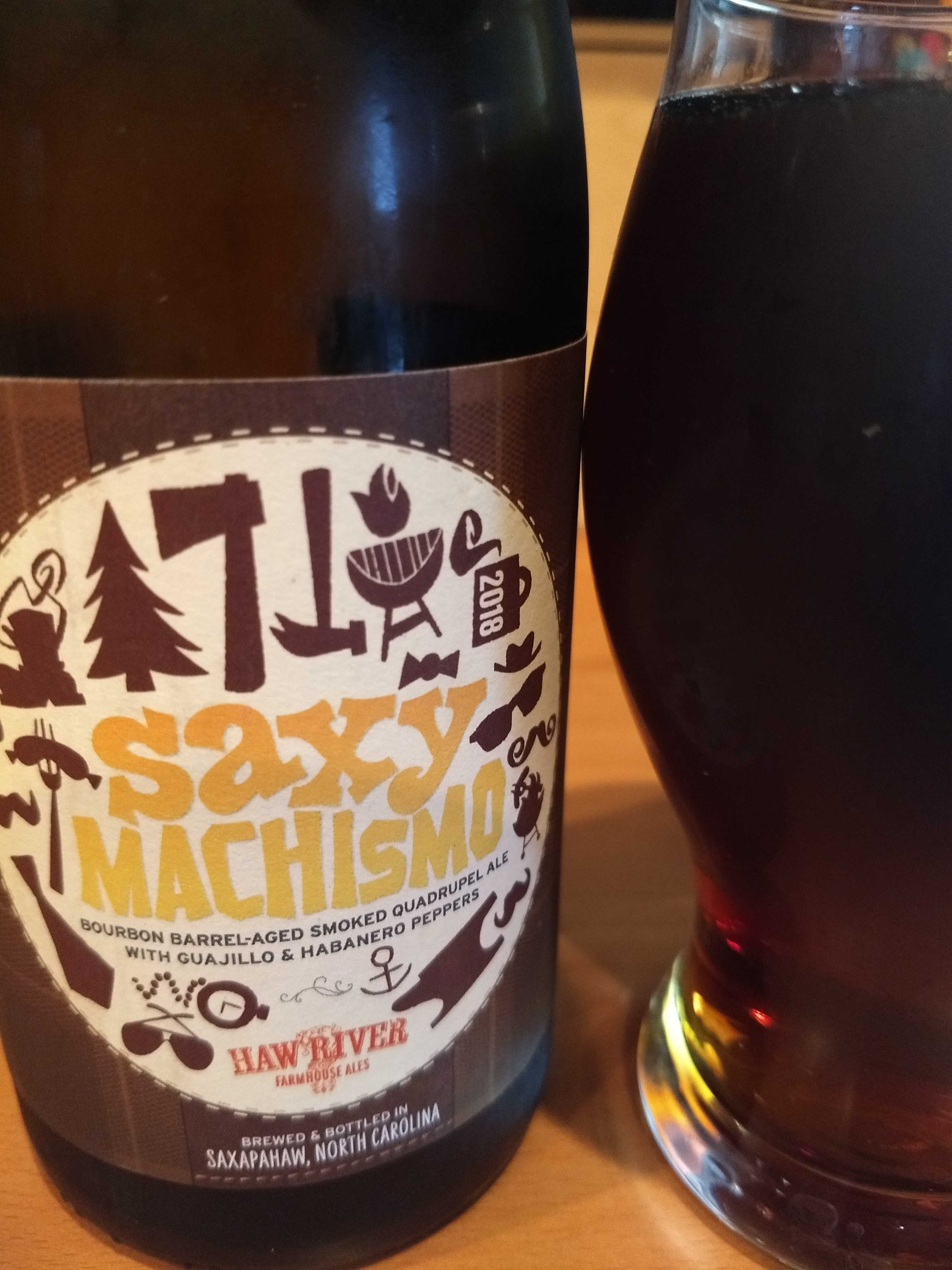 On a recent visit from North Carolina, my daughter brought me a few bottles of beer from that state.

When I had visited her there a few years ago, a brewery I had been eager to try out was Haw River Farmhouse Ales. The brewery is located in Saxapahaw, on the shores of the Haw River, about half an hour west of Chapel Hill. Unfortunately, my travel schedule and the brewery’s limited tap room hours impeded a visit.

My daughter recalled my interest, and made sure that one of the bottles she brought was from Haw River: a 17-oz. bottle of 2018-vintage Saxy Machismo, a bourbon barrel-aged smoked quadrupel ale, brewed with guajillo and habanero chiles.

Saxy Machismo is a 12.2% abv ale, with a dark cola hue; somewhere in the range of 25 SRM, perhaps a point or two higher than that. It is mildly carbonated, and produced no head upon decanting.

Of course, the first thing that hits one when tasting is the aroma of smoke and chiles.The same can be said for the flavour.

There is a moderate hop bitterness, but it’s in the background. I also detected some vanilla, a little bourbon, and notes of stone fruit –apricot, dark cherry. However, the smoke and the peppers are definitely the stars in this beer.

The smoke hangs around in the aftertaste. There is also a very, very slight pepper spiciness, but surprisingly little. Certainly, far less than one would expect, making this a much more approachable beer than one might think would be the case given the description of ingredients. (Though I don’t mind a bit of spice in a big, dark beer!)

With time, the smoke becomes less prominent and the fruital flavors come forward a bit more. As it warms in the glass the beer’s residual malt sweetness also becomes more evident.

That makes Saxy Machismo a good sipping beer. Take your time with it and your palate will be rewarded with an evolving experience between the first sip and the last.