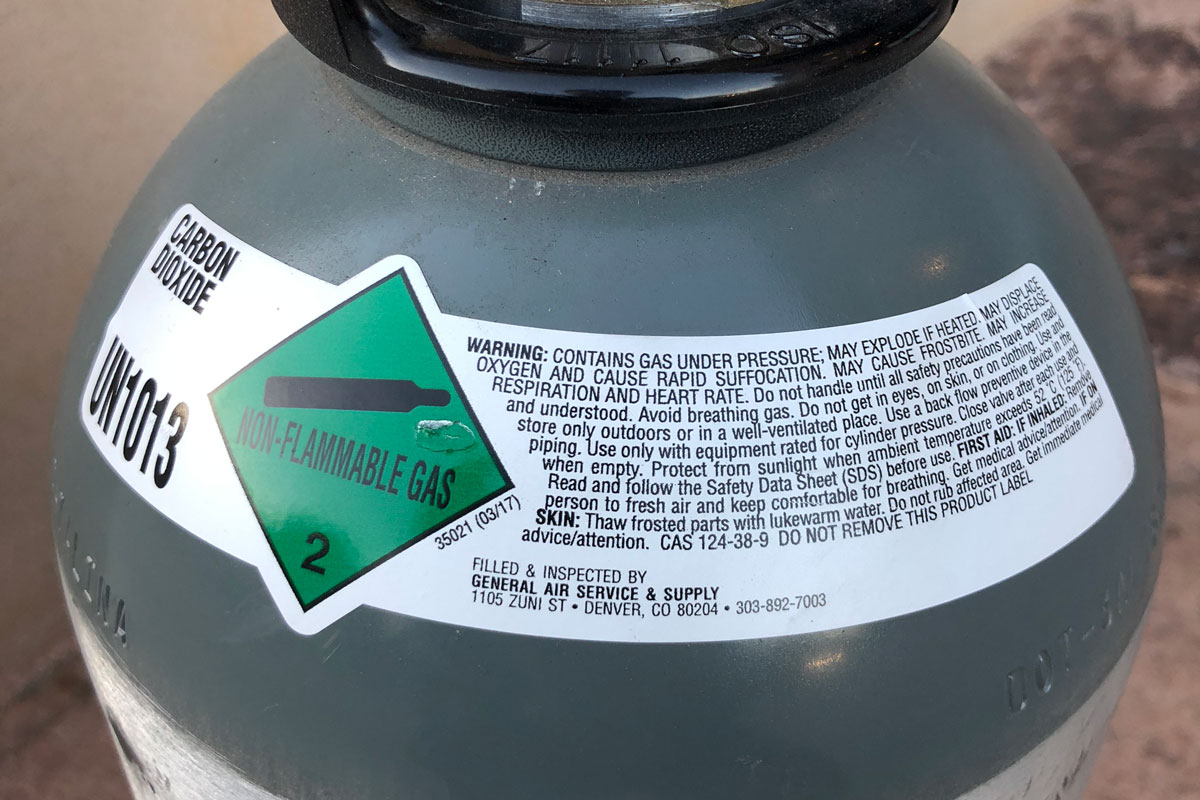 On April 7th the Brewers Association, along with the Beer Institute, and several other industry groups, including the Compressed Gas Association, signed a letter to Vice President Mike Pence expressing “strong concern that the current coronavirus (COVID-19) pandemic creates a significant risk of a shortage in carbon dioxide (CO2).” The letter further noted that “A shortage in CO2 would impact the U.S. availability of fresh food, preserved food and beverages, including beer production”, and requested emergency federal assistance to forestall a CO2 shortage.

The Brewers Association’s concern is understandable. Carbon dioxide gas is an essential component of beer manufacture and dispensing. It is also a byproduct of fermentation, but fewer than 10% of craft breweries have CO2 capture technology in place. Most simply don’t have the resources to invest in the costly technology, so they must rely on commercial suppliers of CO2 for their production, packaging, and dispensing needs.

Normally, about 40% of US supply of CO2 is derived from ethanol production, 15% to 20% comes from refineries, and the remainder comes from fertilizer production or from geological sources. According to Independent Commodity Intelligence Services, about 1/6 of US production of CO2 is used in the beverage industry. Among the Brewers Association member breweries, about 44% of their CO2 needs are met from ethanol-derived sourcing.

Due to lowered demand for ethanol brought about by reduced travel due to the COVID-19 pandemic, 33 of the US’s 46 CO2-selling ethanol plants had been idled or had cut production by the end May, according to gases industries reports. At one point, more than half of the US ethanol industry’s capacity was shut down.

By late April overall CO2 production for resale was down 20%. By the end of May it was down by 30% according to the Compressed Gas Association. Normally, US production of CO2 is approximately 1 million barrels per day, since April it has mostly been in the range of 700,000 barrels per day.

So, there has definitely been a shortage. However, due to the high freight cost associated with it, sourcing of CO2 is relatively local, and because of differences in sourcing the shortage can be fairly regional in its effects. In Michigan, for example, Bell’s Brewery, the US’s 7th largest craft brewer, has said that they’ve not experienced any issues with their CO2 supply. In other places there have there have been reports of customers being able to get only 50% of what they usually contracted for. Overall, prices for CO2 have been driven up by as much as 25%.

It has been enough of a concern for the American Homebrewers Association to open the July/August issue of its journal, Zymurgy, with an editor’s commentary on the CO2 situation. The supply issues have also led the Brewers Association to warn its member breweries against the risk of lower-quality CO2 gas entering the supply chain.

Food-grade CO2 must be at least 99.9% pure. The remaining 0.1% could consist of water, oxygen, nitrogen, and even hydrocarbons – some of which we can detect with our senses of smell and taste. In a letter to its members, the BA noted that 0.1% equals 1000 parts per million, which is as much as 4 times the concentration at which we can sense some flavor-active components in hops.

Fortunately, according to gases industry reps the situation is returning to normal albeit with some “ongoing allocation” issues.

One thing that may have helped prevent things from getting worse overall, was the Federal Government sensibly declaring the production, warehousing, transport, and distribution of “medical gases” an “essential industry”. Another, likely has been the partial “re-opening” of economic activities across the nation that followed upon Memorial Day weekend, which has meant an increase in driving, transportation of goods, and travel.

As for California, we might have been helped by the fact that in May, industrial gases manufacturer Messer Americas brought online a new CO2 production facility in Keyes, that can produce 450 tons of CO2 per day, including food-grade CO2 .

At any rate, as long as the pandemic continues to spread pretty much unchecked, we may expect perhaps several cycles of shut downs and quarantine, with the attendant effects on fuel -and thus of CO2– production.

Breweries can adjust by investing in CO2 capture technology or by fine-tuning their existing CO2 systems to eliminate leaks and reduce waste. They can also expand their use of nitrogen gas in moving and dispensing of beer.

As for homebrewers, our smaller volumes do give us a bit of flexibility over commercial breweries. Not only are the volumes of CO2 that we require much, much smaller, but it is a relatively simple matter to use a bit dextrose or sucrose to naturally carbonate a few dozen bottles for a typical 5-gallon batch. The same can be done in a keg or a cask.

In the meantime, don’t let yourself be caught off-guard. Get your CO2 refills when you can. Preferably before you run out.