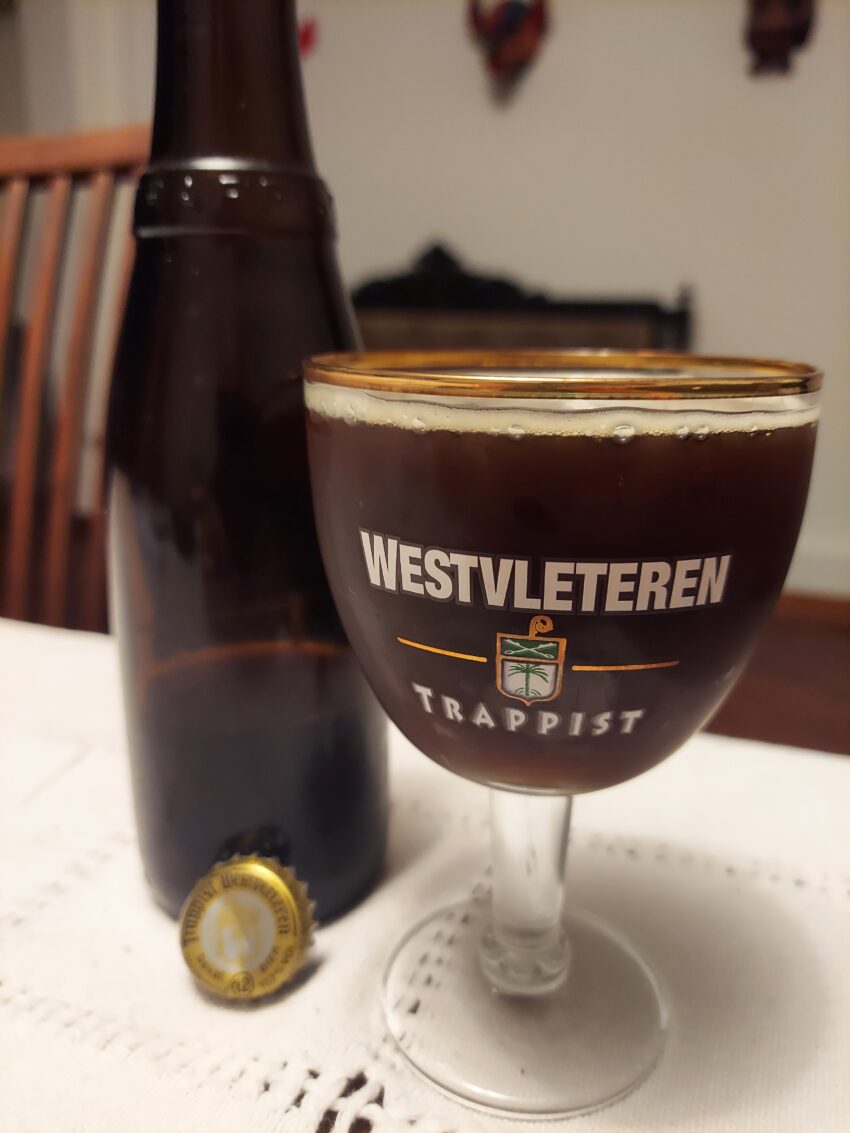 While in Lima this summer I got to try the famed Westvleteren XII. I had tried it before, but got only about a 2 oz sample, so to have the opportunity to have an entire bottle to myself was indeed a treat.

If you are unfamiliar with Westvleteren XII, well, it is a Belgian ale brewed by Brouwerij Westvleteren of St. Sixtus’ Abbey, in Westvleteren, Province of West Flanders. Saint Sixtus’ Abbey belongs to the order of Cistercians of Strict Observance, or Trappists. The abbey has produced beer since 1839, and currently produces three types of beer: blond, 8, and 12. (The numbers are a general indication of alcoholic strength, but don’t precisely reflect a.b.v.)

Westvleteren XII is the abbey’s premium beer. It is a dark amber ale with 10.2% alcohol by volume. This beer has attained a near-mythical status in the beer world after having been declared as the “best beer in the world” on several occasions by various entities, such as ratebeer.com (in 2014). This status is abetted by the difficulty in obtaining the brew outside of Belgium.

Brouwerij Westvleteren produces only as much beer as needed to support the abbey, regardless of demand, and yearly production has remained steady at 475 kiloliters since the 1940s. Their beer is sold only onsite at the brewery in cases of 24 twelve-ounce bottles.

Fortunately, in Lima, Westevleteren beers are imported by Casa Belga [casabelgashop.com], an online beer shop run by Olivier Díaz and his spouse Karla, who currently sell bottles of Westvleteren for 99 soles apiece –about US$25– and a number of other Belgian beers along with their own Belgian-style brews.

As for Westvleteren XII, the beer itself has smooth, full-bodied aroma, and average to good carbonation with a head that dissipates quickly. It presents art dark fruit, raisins, and caramel, and plenty of maltiness, with a pleasant alcoholic warmth. It’s pretty complex. I really enjoyed it, and of course, I had to buy myself the appropriate glass to serve it in. Nothing else would do!