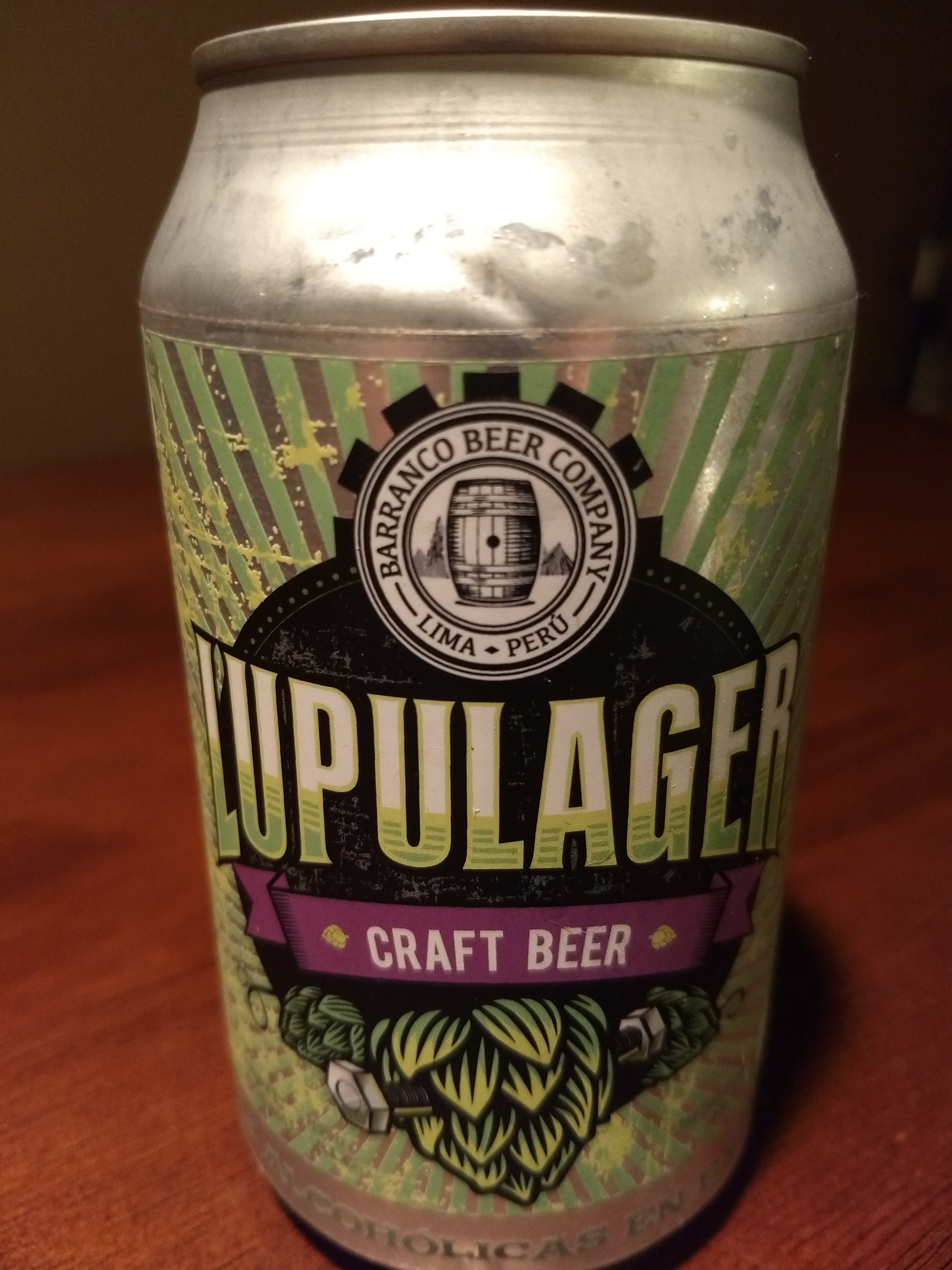 My wife recently returned from Lima and she brought me back two cans of beer from the Barranco Beer Company.

Barranco Beer Company introduced canning to the Peruvian craft beer industry with a couple of releases last year in time for the soccer World Cup and Peru’s Independence Day holiday. They have since expanded canning to almost their entire line of regular brews.

Of the two I received, I’ve so far tried the can of Lupulager.

Luplager is a dry-hopped beer fermented with lager yeast at “low fermentation temperatures”. It comes in at 38 IBU and 5% abv.

Lupulager is an example of a developing style that in the US we would call an “India Pale Lager”. It won a silver medal in the “Specialty IPA” category at the Copa Latinoamericana de Cervezas Artesanales (Latin American Craft Beer Cup) held in Lima in February 2018.

Upon pouring, the beer produced a big, rocky, long-lasting head with lots of lacing. The brew itself was golden and clear, with a bit of what I took to be chill haze. As befits the name, it is somewhat more bitter than “standard” lagers.

It finishes with a note of straw or hay, followed by a sharp, lingering hop bitternes. The flavors smoothed out as time passed and the beer off-gassed and warmed up in the glass.

Overall, I liked it almost as much in the can as I did on tap at the brewery.

(Just for reference, my can was packaged on November 19th, 2018, and I drank it a week before its “best by” date in February.)