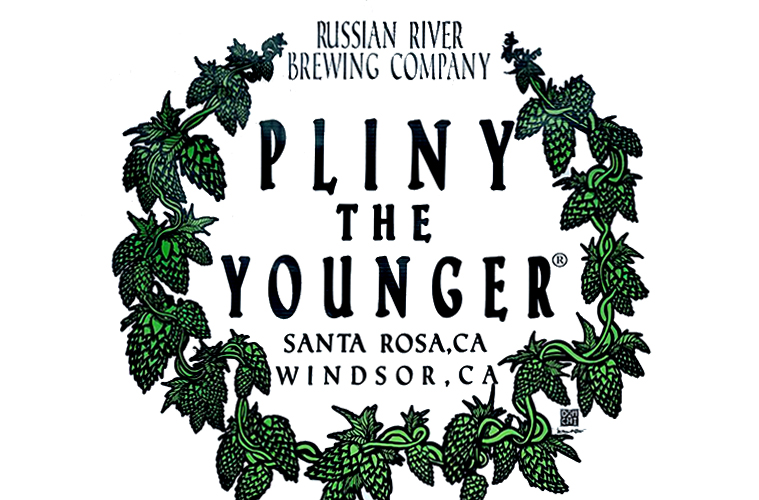 When one operates a small craft brewery the vicissitudes of barrel-aging beers means that one cannot foresee with any great anticipation when a such a beer will be released. It will be ready when it is ready, as they say.

Well, yesterday was the release of this year’s batch of Nightshade by Epidemic Ales. I was reminded of why I so much look forward to when this beer comes out.

Nightshade is a 10.3% abv vanilla stout. It is released on tap at the brewery in Concord, CA, and in 22-oz. bottles, about once a year, after spending, if I recall correctly, up to six months or so in Bourbon barrels.

It is a gorgeous beer; intensely dark, with deep mahogany tones, and a moderate head. It doesn’t have any harsh coffee notes or overt bitterness. Instead it is rich and smooth, with notable sweetness, and plenty of vanilla -some undoubtedly contributed by the oak.

With its high alcohol content, Nighshade does pack a punch despite not having any alcoholic or Bourboney “heat”. So, while it goes down easily at any time of day, a 22-ouncer of Nightshade is particularly nice shared as part of a dessert course; specially at this time of year.

Last night I had the pleasure of attending the launch of “Las botas de Sara son rosadas” (Sara’s boots are pink), the newest beer from Barranco Beer Company in Lima.

Las botas de Sara son rosadas is a 25 IBU, 5.6% abv, schwartzbier. It has a dark, coffee color, light hop aroma with a caramelish background. Flavourwise, it is smooth, with a nice malt backbone, and mild bitterness. Very easy to drink.

Part of the proceeds from the sale of Las botas de Sara son rosadas will go to defray the cost of sending Sara and other members of Pink Boots Perú to the upcoming Meeting of Latin American Women in Brewing in Quito, Ecuador.

Las botas de Sara son rosadas is available on draft at Barranco Beer Company, at 308 Ave. Almirante Grau, in Barranco, and, I presume, soon at their taprooms in the Mall del Sur and Plaza Norte shopping malls.

What to expect in this year’s Pliny the Younger release

Every year Russian River Brewing stages what is arguably one of the most anticipated events in the Beer Geek Calendar: the release of one of world’s most famous beers, Pliny the Younger.

It probably hardly needs mention by now, but Pliny the Younger is a triple IPA -the world’s first, in fact- which means that it has more of everything that goes into an IPA. It clocks in at a bit over 10% abv, and somewhere in the neighborhood of 90-100 IBU. It is released only once per year, for a two-week period. It is served on tap at Russian River Brewing, only for in-house consumption, and only until each day’s allotment runs out. Only a very small amount goes out in kegs to select accounts.

This year Pliny the Younger will be released on February 1st and be served until the 14th.

In years past, people have been known to wait in line for up to twelve hours in order to get into the pub, and sometimes the day’s allotment ran out before the line cleared. However, with the opening of the new brewery in Windsor, Russian River is hoping that things will be different from now on.

First of all, there is the obvious advantage of having the beer released simultaneously at two different locations: the original brewpub on 4th Street, in downtown Santa Rosa, and the Windsor brewpub.

Then, there is the increase in output. Not only is the Windsor brewhouse’s capacity triple that of the 4th Street brewhouse, but Russian River’s brew staff pulled out all the stops and ran four back-to-back brews of Pliny the Younger, in a marathon, 24-hour brew session! This year’s batch of Pliny the Younger is 300 barrels.

With that amount, Russian River will be able to provide, not only full allotments to both pubs, but also larger allotments than have been available in the past. The hope is that thus they will be able to lessen wait times for guests and not have anyone go away disappointed.

This year will also provide other contrasts with those of years past. For one thing, no one yet knows what the effect will be on the yeast and the beer of the much larger batch size. Nor, does anyone really know what, if any, difference being fermented in open-top fermenters instead of closed-top fermenters will make. Russian River employees that I spoke to last week were intrigued and excited to find out

While no one knows precisely what to expect this year in terms of lines and wait times, the staff’s recommendation is to skip downtown, and head for the larger pub in Windsor. Not only should its greater capacity help move people through faster, but its 2 acres of free parking will save you from the worry of feeding the meter and having to move the car every two hours.

Another thing to note: This year, Russian River will be serving Pliny the Younger to guests on the guided tour at Windsor between Feb. 1st and Feb. 14th. Booking a tour will not get one into the pub any faster, but it is a way to get to get a taste of Pliny the Younger without standing in line. Weekend bookings are pretty full, but as of now there are still plenty of spaces on weekdays, specially in the second week. Go to Russian River’s webpage to book. 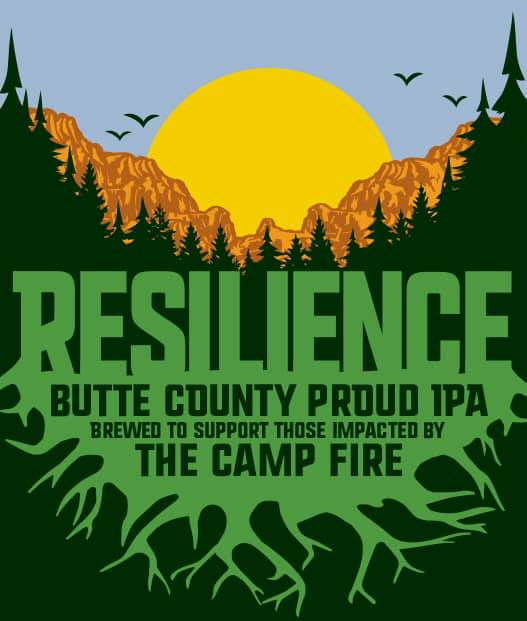 As Resilience Butte County Proud IPA comes out fermentation, breweries all over are preparing release events in the coming weeks, including a number of  breweries around the greater San Francisco Bay Area.

Fieldwork Brewing Company already released their version (hazy, of course!) on December 6th, and Altamont Beer Works in Livermore poured theirs on the following day.

On Saturday, December 15th, Martinez’ Five Suns Brewing will release their version of Resilience in time with their one-year anniversary party, and it seems that Sierra Nevada’s own Resilience IPA will also be on tap on Saturday, at Jack’s Taps in Pleasant Hill.

On Wednesday, December 19th, Calicraft Brewing Company will be having Sierra Nevada’s Resilience IPA on at the Calicraft tap room in Walnut Creek.  However, Blaine Landberg, Calicraft’s founder and owner, has taken thing one step further, and, on the 22nd, will be holding a “Resilience Day” and pouring Calicraft’s own Resilience IPA “5 Ways”: Classic, POG, OPM, Coffee, and 2 firkins!

UPDATE (12/12):  I’ve got word that Drake’s Brewing Co., in San Leandro, is pouring Resilience today. New Helvetia, in Sacramento, is doing the same, starting at 4 pm; so is Grillin’ and Chillin’ Alehouse in Hollister.

Danville Brewing Company, in Danville, is releasing its version of Resilience IPA on Thursday, Dec. 13th.

The Bistro, in Hayward, will be serving Resilience starting on Friday, Dec. 21st.

Rock Bottom Brewery & Restaurant in Campbell will hold a release party for Resilience IPA, in conjunction with the Santa Clara County Firefighters union, on December 28th.