The organizers of the Copa Latinoamericana de Cervezas Artesanales (Latin American Craft Beer Cup / Copa LATAM) have announced that the 5th installment of the competition will be held in the Southern Peruvian city of Arequipa from 16 November to 25 November.

The competition is open exclusively to craft breweries that are 100% independent, and to homebrewers.

Last year’s competition had the participation of some 200 brewers from 13 countries, adding up to about 750 entries representing 100 BJCP-defined styles.

After having been held in Lima and Cusco, this year, as mentioned, the competition location has been moved to Arequipa, which is Peru’s second-largest city and is rapidly becoming a craft brewing hub in its own right.

The event schedule will kick off with a BJCP tasting exam on November 16th, followed by the competition itself from the 19th to the 21st, with awards ceremony on the evening of the 23rd. The conference will be on Friday the 22nd and Saturday the 23rd. And the whole thing will close out with a group tour of the Colca Canyon.

The organizers have also announced that, following on initiatives discussed at the 1st Latin American Meeting of Women in Brewing, recently held in Quito, Ecuador, the Copa LATAM this year will strive to attain gender parity in the judging pool and in the conference speakers’ list.

I’ve been in Lima a few days, and last night I went out for some beers with my cousin. We ended up at the Nuevo Mundo Draft Bar on Manuel Bonilla Street in the Miraflores district.

I’ve mentioned Nuevo Mundo’s taproom before. As always the beer selection was good, but what made the night even better was running into José Alberto Castro, who was playing music at the venue.

Castro is a fellow beer aficionado and blogger, who writes at tomandoaltura.com. He was probably Peru’s first beer blogger, and his beer reviews in particular are one of the reference points on the local brewing scene. I highly recommend reading his blog. 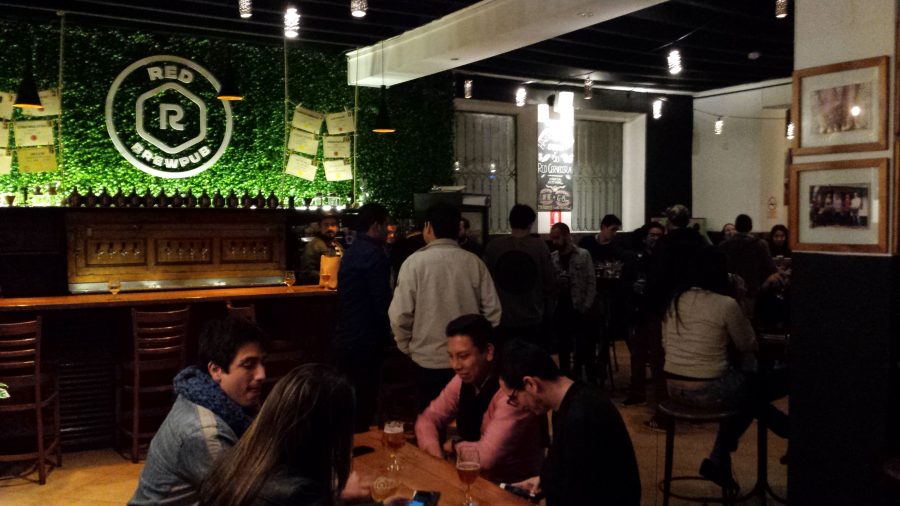 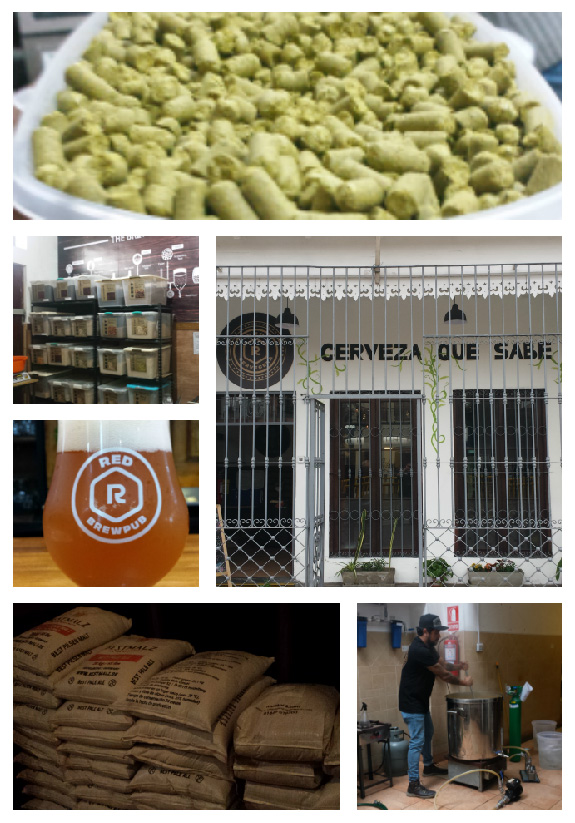 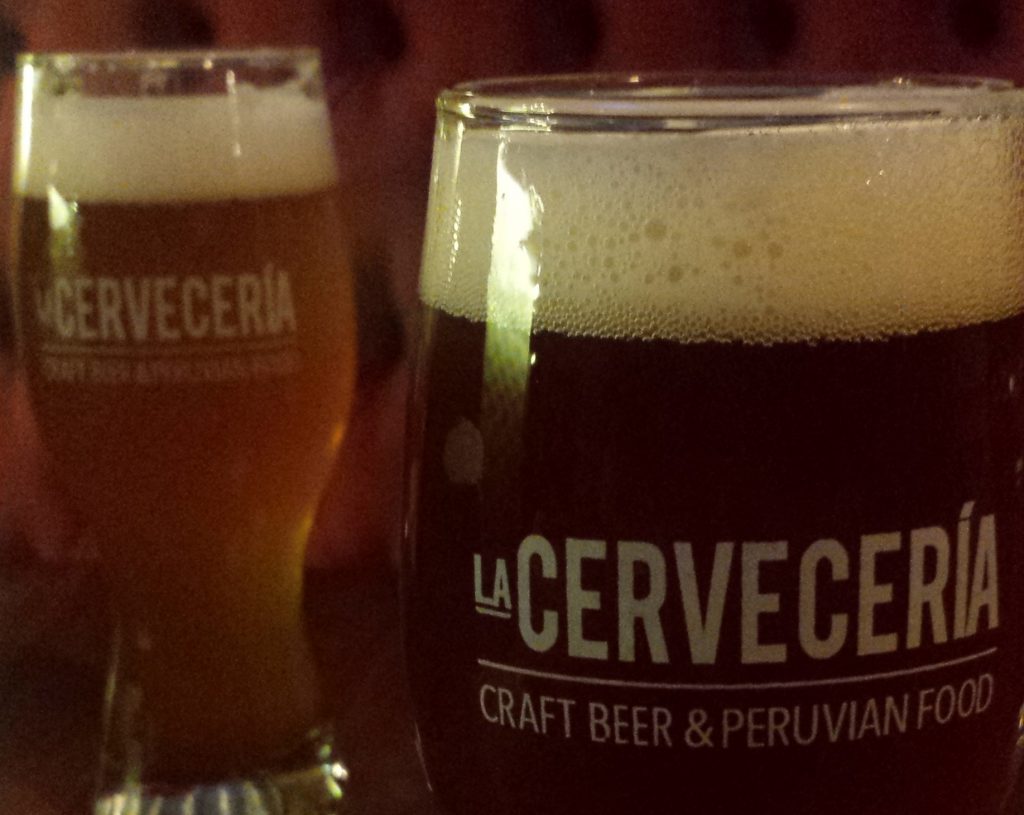 A few days ago my wife, my cousins, and I headed over to Cervecería +51 in Lima’s Jesús María district. 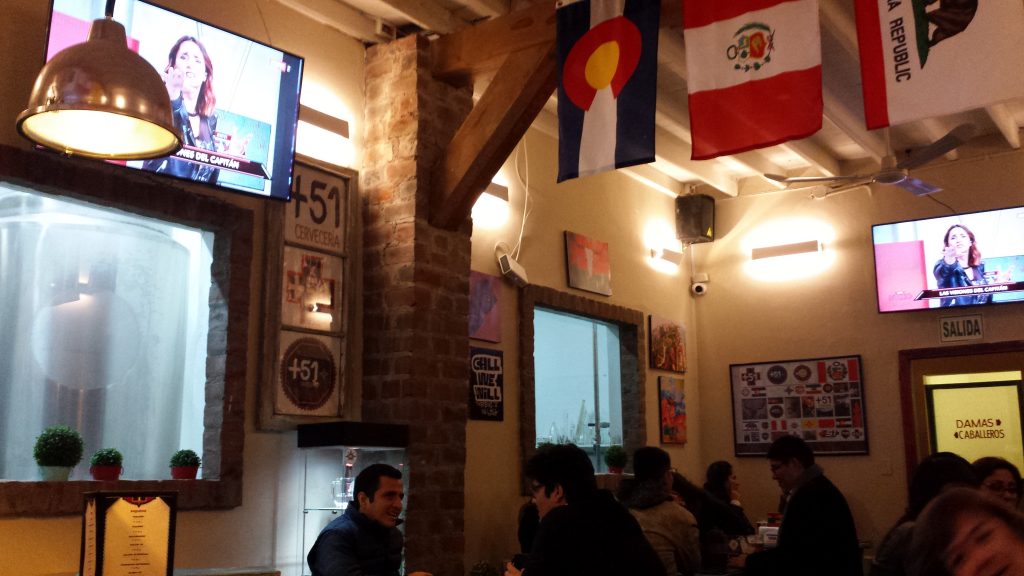 Cervecería +51 is a small brewpub on a side street not far from Jesús María’s plaza and central market.  It occupies the space vacated by Jaya Brew and there are still a few relics from Jaya in the form of posters, wifi  network  ID, etc.

The space is nicely appointed with tables made from recycled doors, and there are several sets of Jenga™-style blocks for patrons to play with.  The staff is great. Super friendly, helpful, and dedicated to making sure that one has a good experience as a patron.

Currently, +51 (whose name, incidentally –like part of the name of this blog– is derived from the Peru country code) has a line-up of a dozen beers, including a trio of Irish-style beers (lager, red ale, coffee stout).   Not all of them were on tap when we visited, but the missing brews were made up for by guest taps from other Lima craft brewers.

+51 is brand new, having opened its doors only in mid-June, and it is evident that, like many new breweries, they’ve not yet gotten their brewhouse efficiency zeroed in. The result is that some of the beers, while overall good in flavour, do lack a bit in body and mouthfeel. (And, of course, there’s the issue of taking a 6% abv, 33 IBU beer and calling it an imperial stout.)

The Belgian Pale and the IPA were the best of the bunch.  Both of those brews show that +51 has what it takes to produce good beers. There was sufficient “Belgiany” flavour in the first, and a decent hoppiness and good body, with a nice long-lasting head of foam, in the latter. In fact, having tasted the IPA, we ordered a full pitcher of it. And then, a second one!

Time constraints will likely keep me from revisiting +51 during the remaining days of the this trip, but I look forward to getting back there when I next return to Lima.