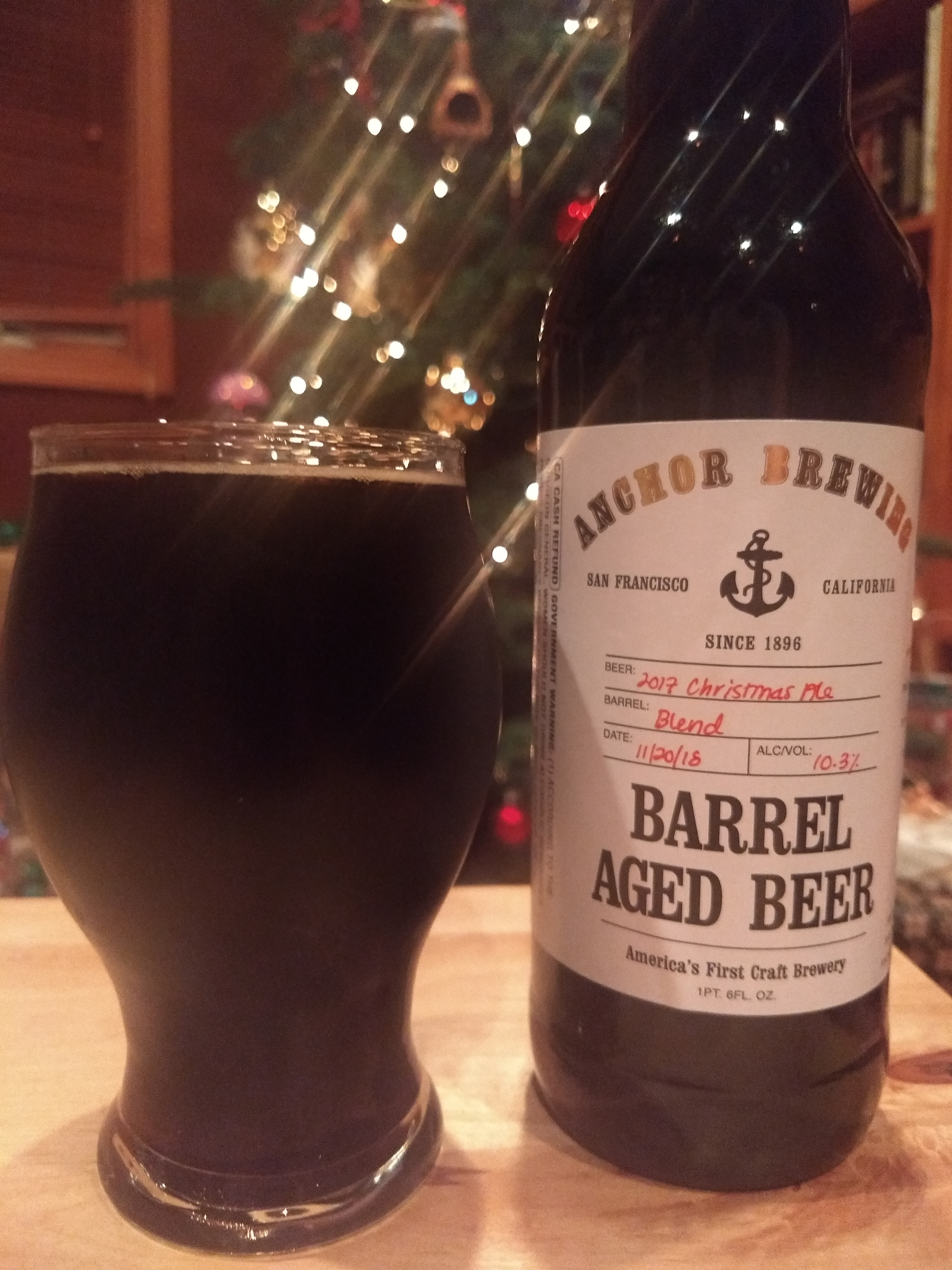 At the end of November, courtesy of the brewery, I attended the release of Anchor Brewing’s Barrel-Aged 2017 Christmas Ale at an event held in the Brewery’s tap room and brewhouse on Potrero Hill in San Francisco.

I did make sure to try the barrel-aged release, and I came away with a couple of bottles of it; one of which I have opened and am drinking tonight.

It is a dark ale. Dark, dark brown, almost like a really dark cola, but with a hint of green to it.

It smells smooth, not alcoholey -which is a good sign, considering that it is pretty high in alcohol.  There is a bit of dried fruit in the nose, a bit of aroma of fried bananas.

It is malty, and a bit sweet, with flavors of vanilla, raisins, dark cherries, red wine, maybe a bit of port. There is just a hint of roastiness and barrel char.  Hop bitternes is quite moderate, with a slight note of evergreen.

As the beer warms,  some of the vinous character dissipates, and a bit of dried apricot starts to show up.

It is very pleasant. It has good body but is not too heavy; not cloying at all. It goes down smoothly, and is pleasantly warming. A good choice for this cold winter’s eve.